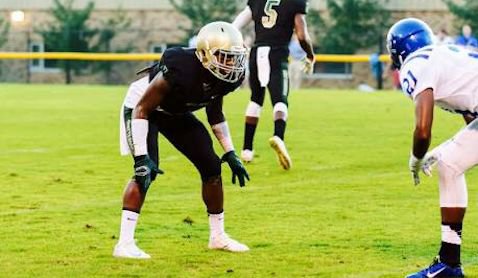 View Full Profile has had a busy few weeks, and the New Year promises to be even busier for the 3-star defensive back prospect.

Orr, a 2015 prospect out of Chattanooga (TN) Notre Dame, committed to Louisville last June but recently opened up his recruitment after a visit to Oklahoma last weekend. Following his de-commitment other offers began to pour in for Orr, including one from Clemson.

Orr’s switch came on the same day that 3-star Charlotte, N.C., prospect Jaire Alexander, who can plays cornerback and wide receiver, switched his commitment from South Carolina to Louisville after an official visit to the school.

Orr told TigerNet earlier this week that he is simply looking for a better fit.

“A lot of coaches and schools were contacting me, and my coaches and my parents and I decided it would be in my best interests to re-open my recruitment and see what is out there,” Orr said. “To see if I could get a better option than what I had.”

Orr said one of his high school coaches reached out to the Tigers after Clemson lost former commit Juwaun Briscoe.

“My defensive coordinator reached out to them, and they had a position open because of one of their commitments,” Orr said. “They came to me and they really wanted me to come out there and play for them. I have been talking to them for a week or so now and the offer came in a couple of days ago.”

“He is a great guy from what I heard, and when I talked to him on the phone I could tell he was all business,” he said. “I could also tell he likes to joke around a little bit, too. But when it's time to get serious, he gets serious. I heard he played in the NFL and that is what I am looking for - a guy that has experience at the position and can coach me up.”

How much does Orr know about Clemson?

“I know a little bit about Clemson because they are always on national television,” he said. “So I have watched them. I know they have one of the most exciting entrances in college football. I heard they have a really good business program and that is what I am interested in. I know a little bit, but I am still doing a lot of research.”

Orr will make a visit to Clemson on January 23rd, and plans to make his choice shortly after.

He told TigerNet that he knows Clemson is high on his list and that he likes what Reed is offering.

“I know they are losing a corner and they need some help,” Orr said. “That is what Coach Reed wants me to do, he wants me to come in and play alongside Mackensie Alexander. He is a great corner, and it would be an honor to play with him. I am high on Clemson right now, it is a great institution.”

As a senior, Orr had 1000 all-purpose yards with 20 touchdowns despite a lot of double and triple teams. He also had 45 tackles, 12 pass break-ups, five tackles for loss and an interception. Most teams did not throw the ball a lot to his side of the field.

As a junior, he had 1,724 all-purpose yards and 15 touchdowns. On defense, he had five interceptions with two of them returned for scores.