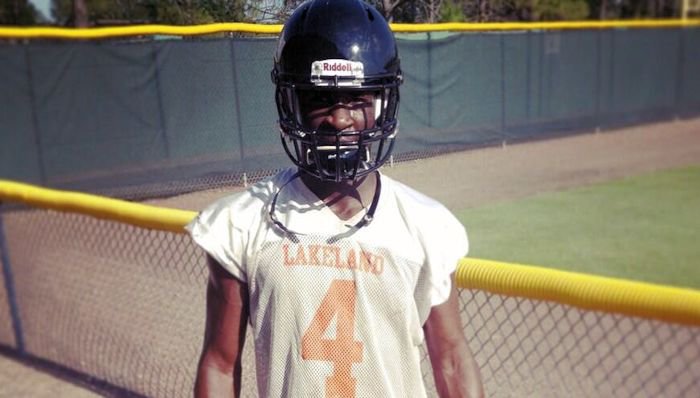 The 4-star Lakeland (FL) receiver received his first offer from Ohio State last spring and has since picked up offers from Tennessee, Florida, Florida State and most recently Clemson.

Robinson, a 2017 prospect, told TigerNet Wednesday evening that an offer from the Tigers is something that he’s been hoping to receive for quite some time.

“It was a thrill to hear that I had an offer from the Clemson Tigers,” Robinson told TigerNet earlier this week. “They were one of the ones that I've been waiting to get an offer from. I like what they have to bring to the table.”

Jeff Scott
Co-Offensive Coordinator / WR
View Full Profile ’s message to Robinson was simple – come to Clemson and be a part of the Florida pipeline.

“I've talked to Coach Scott and he told me that he likes the way I play and that I can be another big receiver from down this way in Florida,” Robinson said.

At 6-4, 192 pounds, Robinson is the type of receiver that thrives in Clemson's offense, something he said he has taken note of.

With his height and athleticism, Robinson said his coaches are reminded of a receiver that gave Clemson and the ACC nightmares in the early 2000s.

“My freshman year the coaches named me Optimus Prime because I resembled Calvin Johnson. He's one of my favorite my players,” he said.

While Robinson doesn’t claim any favorites, he said that he hopes to make it Clemson in the near future.

“I plan to come up this summer,” he said. “I want to touch base with all of the coaches and I want to be able to see how it is at Clemson.”