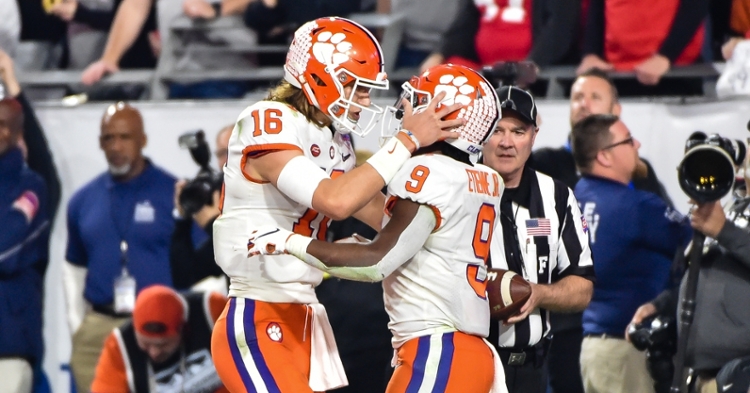 Two of Clemson's current Tigers are still going strong in the bracket.

TigerNet’s version of March Madness is in the Sweet 16, using our extra time at home now to recognize the accomplishments of the top competitors in Clemson athletics history.

Part two of our Sweet 16 vote includes three national player or athlete of the year honors and 12 All-America designations total among the eight athletes.

Gaining the majority of fan support set up Elite 8 matchups on the other side of the bracket between (3) CJ Spiller/(5) Travis Etienne and (1) William Perry/(2) Deshaun Watson. 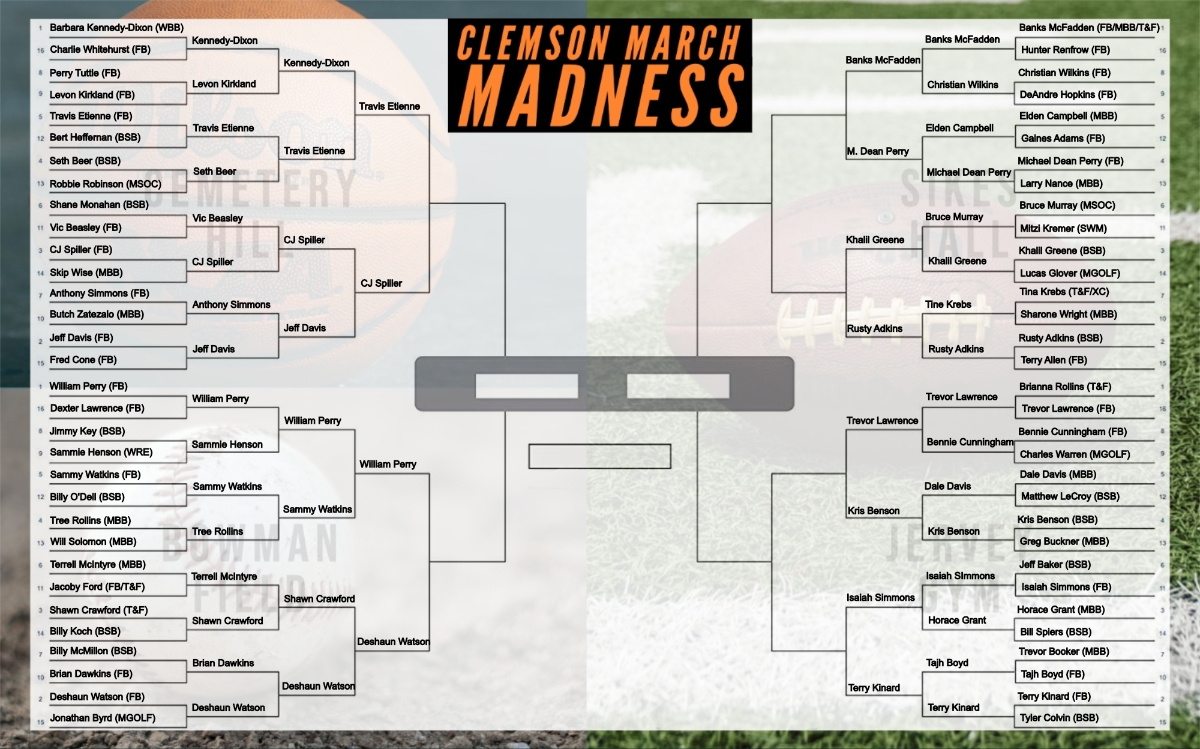 Debate for your favorites in the bracket and examine the profiles for your pick of this elite group of Tigers. Vote below (Voting deadline at 10 a.m. on 4/1)!

Tournament road: The multi-sport All-American McFadden advanced past 2016 title-game hero Hunter Renfrow in the first round and then fellow Dabo era legend Christian Wilkins in the second round. Perry topped 1981 All-ACC and All-ACC Tourney forward Larry Nance in the first round and then another former basketball star in Elden Campbell, who earned honorable-mention All-America and first-team All-ACC in Clemson’s regular-title run in 1990.

* “McFadden’s versatility and impact on some big team accomplishments in Clemson history and multiple All-American honors gets him through to the next round here.”

* “How many people can pull off being a three-sport athlete and do them all well? That's Banks McFadden, one of the Tigers' first superstars.”

* “Khalil Greene is quite simply the best college baseball player I've ever seen, and I was here for the career of Seth Beer. Greene could do it all - hit for average, hit for power, run, play defense, throw. The total package and he put up numbers I doubt will ever be replicated.”

* “Adkins set the standard and Greene came in and re-wrote the Clemson baseball record books. There won’t be many single-season efforts like Greene’s in 2002 and that gives him the nod here.”

Tournament road: Lawrence toppled 1-seed Brianna Rollins in round one, a three-time NCAA champion and winner of the Bowerman Award for the nation’s top track athlete, and then beat out two-time All-American tight end Bennie Cunningham in the second round. Benson made it through to round two over two-time All-ACC and four-time Clemson-leader in scoring, Greg Buckner, and beat out another Clemson basketball rep in Dale Davis for a Sweet 16 spot, who was honorable-mention All-America and a three-time All-ACC pick.

* “Lawrence has posted some great stats manning the ship of two of the better teams in Clemson football history. Benson put together one of the better individual runs for a Clemson athlete in school history into the 1996 season and was rewarded with a No. 1 pick in the MLB draft. Another year like he’s had and Lawrence probably gets the nod here, but I’ll stick with Benson, with the numbers and accolades as they are now.”

* “Kris Benson was dominant as a Tiger. In an era when the ball was known to fly out of the park, Benson was a master.”

* “You can't call yourself a Clemson fan and not know Terry Kinard. Kinard was a consensus first-team All-American for two years in a row, CBS National Defensive Player of the Year and on the USA Today All-College Football Team in the 1980s. Kinard is the all-time Clemson leader in interceptions with seventeen and tackles by a defensive back with 294. What more needs to be said?”

* “Two Clemson defensive greats meet here. Simmons’ versatility makes him stand out in the pantheon of Tigers athletics, but Kinard was among those in the ‘80s to pioneer the way for Clemson defenders to get multi-All-American nods and national player of the year honors.”