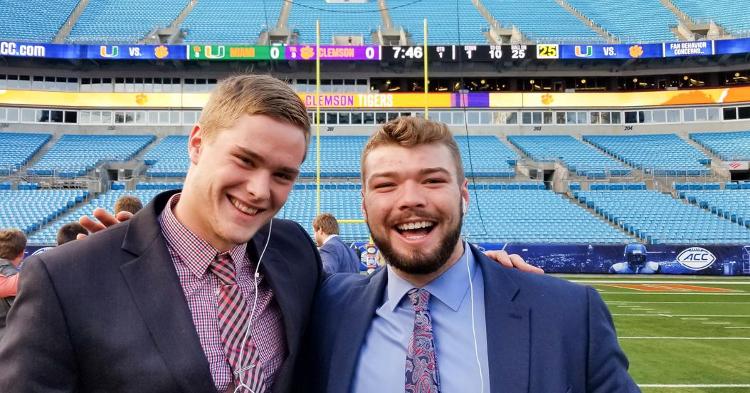 CLEMSON – There are some in the media who think that Clemson’s linebacker group might be the weak link on the defense, and others might think that depth will be an issue this season after the transfer of senior Shaq Smith. The only vote that counts, however, belongs to defensive coordinator Brent Venables.

For the record, Venables really likes this group. A lot.

"I mean, I really like the group. I think it'll be undervalued," Venables said. "I think they put a depth chart out that's not really accurate right now. For whatever reason, it's not. We've got depth. We've got guys that can run and hit and that can think and got instincts and got toughness."

What would the depth chart show if Venables was allowed to make it out?

"Chad Smith's at WILL (weakside linebacker). (James) Skalski's at MIKE (middle linebacker). Baylon (Spector) (and) Mike Jones are playing over there at the WILL," Venables said. "Mike's also playing at SAM (strongside linebacker). Jake (Venables) and Kane (Patterson) are at MIKE linebacker. Regan Upshaw's been hurt for a while now. We'll see if he's ready to go. LaVonta Bentley's working at WILL linebacker, and then Keith Maguire ... I'm kind of moving him around. I feel like he can do a little bit of everything. (Bryton) Constantin is coming off of an ACL (anterior cruciate ligament injury). That's what's not accurate."

Where some might see inexperience, Venables sees guys that have won multiple national championships.

"I really like the group. I think it's a strong leadership position force," Venables said. "Guys that have played a lot of winning football between Isaiah Simmons, Chad Smith, and Jamie Skalski. Baylon Spector really showed signs of transitioning well, just as a special teams player a year ago, can really run and can hit and really smart. Then you've got other guys like Mike Jones and Jake Venables, and this group of freshmen that are coming in as well, that we really feel good about. Their size, athletic ability, speed, instincts - they're gonna have to help us."

Gone are starters Kendall Joseph and Tre Lamar, and the loss of Smith didn’t help, but Venables understands that replacing good players is a yearly process.

"A year from now, we're going to lose two-thirds of that starting group again," Venables said. "So between this year's recruiting class and the 2020 recruiting class, it's going to be really critical to building our defense for the future. This is a group of guys that I feel really good about.

"I spend no time wondering if it's the best one we've had or things like that. You understand where your strengths are. You try to play to those strengths, try to protect your weaknesses, help guys grow up, really strain them, find out what they're capable of and develop them. I like the group of guys that we've got, though."