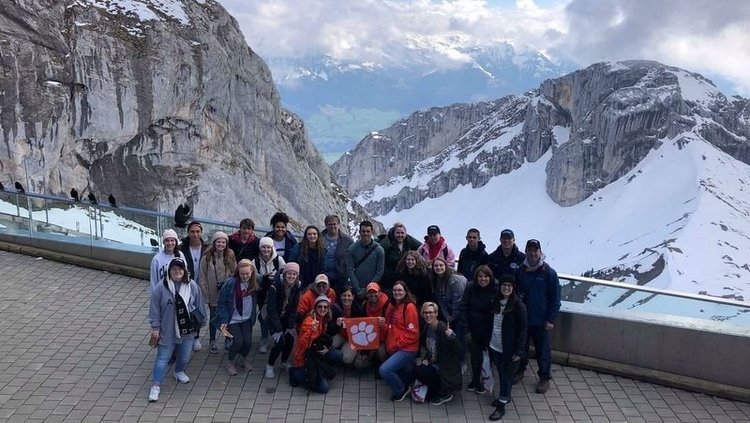 Swinney was rewarded with a 10-year contract at a Board of Trustees meeting late last month, and while we were waiting on the final approval to go through I had a conversation with Deputy Director of Athletics Graham Neff.

Neff and I spoke about Clemson, and the apparel deal with Nike and I wondered just how Clemson fares when it comes to apparel sales nationally. Clemson’s alumni base size isn’t among the nation’s largest with just 156,467 living alumni. Compare that to Penn St. (673,000) and Michigan (575,000), and other large state schools and the numbers pale in comparison.

The Tigers began to appear regularly in the College Football Playoff starting in 2015, however, and had the added star power of players like Deshaun Watson and jumped to 17th in 2016 and 7th in 2017, the year after the Tigers won their second national championship.

Clemson finished 10th last season, but on the heels of a third national championship and second in two years in 2018, Clemson is projected to finish third this season. That number is remarkable because it reflects not only revenue but brand recognition and brand presence.

Schools like Texas and Alabama and Michigan always appear at the top of the rankings – they have a history of excellence in athletics and large alumni bases – and the fact that “little old Clemson” is beginning to work its way into big boy territory shows the reach of The Paw. 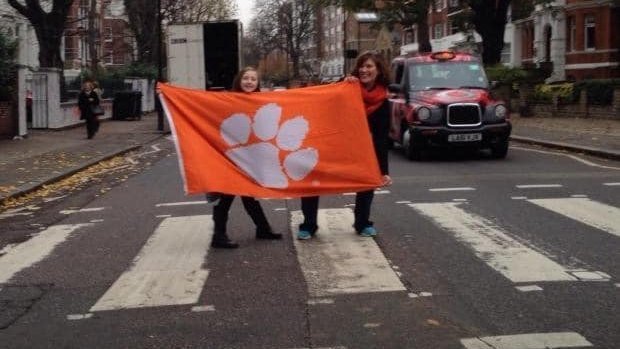 We are going to delve further into the numbers in a later story – the summer is always a good time for those articles. However, it’s no secret that Swinney and his staff are grabbing players from California (two commits over the last two years), Connecticut, Texas, and Kansas. Clemson football is now a national brand and is recruiting players from across the country.

How far does the recognition of The Paw reach into everyday life? I asked readers on social media about their experiences, and they came back with some delightful responses. A few years ago Nikki and I were walking a mountain trail in Yellowstone National Park, far from any road, and she had on a pink Clemson sweatshirt. Several hours into the hike we meet people coming down the trail and the first person we see yells, “Go Tigers.” They weren’t Clemson fans but had seen Clemson in the championship against Alabama and now recognized the logo.

*Chris Rosier went on a hunting trip to Uruguay and a local guide recognized the logo.

*Tim Coston was in Juneau, Alaska, and had someone yell, “Go Tigers” after seeing his orange sweatshirt.

*Brad Harvey was in a marketplace in Jerusalem and had someone try and sell him a Clemson shirt with Hebrew lettering.

*Deena Smith says the Paw was recognized all over London.

*Former Clemson player Darius Robinson now plays in Europe, and he says he sees the Paw everywhere he goes.

*Lisa Nason was about to take a tour of Versailles and had someone come up to her and comment on her Clemson shirt.

*Courtney Tumblin wore her Clemson gear to Paris and she says it was recognized all over the city.

*Carson Burgess says he had people recognize the logo in Nicaragua.

*Kathryn Dunmeyer and her husband were on a cruise in the South Pacific, and her husband had on a Clemson shirt. An Indonesian crewman, who didn’t speak English, saw the Paw and starting patting it while yelling, “Dabo! Dabo!”

*Madison Temples had several people come up to him in the airport in Kuwait to talk about Clemson after they spotted his Clemson gear.

*Candace Bolt took a Clemson flag to London and took a photo on the famed Abbey Road and had several people recognize the logo.

*Clemson Tom was in Galway, Ireland, and had a local come up and talk about Clemson football with him.

There are plenty of stories to tell, and I am sure you have some yourself. There is no doubt that Clemson’s brand presence is now recognized worldwide. Little old Clemson has gone international.

NOTE: I asked for a few pictures of The Paw and the Clemson flag flying across the world and expected a few responses. What I received was an avalanche, and even though I needed just a few for the story I couldn't let them go to waste. So here are a bunch more. And, as always, I am amazed at the members of our military who proudly fly the flag while on deployment. Enjoy.

The Clemson flag in front of NATO HQ in Kabul, Afghanistan pic.twitter.com/6mNUXovERt

Adam McGee and his pals have fun in Afghanistan pic.twitter.com/F83SY9fj9N

Jim Nolte in front of Notre Dame in Paris pic.twitter.com/WQcVTjxRpY

Rick Butler at The Colosseum in Rome pic.twitter.com/tn5oYOZL6f

Adam Wiggins fishing on the Volga River in Russia pic.twitter.com/VL1p2ec49q

My future Clemson Softball player going to her high school prom. We are in VA. pic.twitter.com/zOac0nQPEV

Does this one need explaining? pic.twitter.com/Q1TgdOAoho

In Texas Stadium with Woody pic.twitter.com/3je61zCjh8

Undisclosed location on deployment with the USAF, southwest Asia pic.twitter.com/Q0eRaLgLY4

Desert outside of Dubai, UAE. pic.twitter.com/7sEm2qbfAS

At Kansas State graduation for #1 son. inside joke here is that, though lifelong Clemson fans - and that he was accepted into Clemson in 2013- he chose K-State over Clemson. I never let him forget that he “could have been a Tiger”. ?????? pic.twitter.com/QECvNFk2VN

Here is a video in south Iceland pic.twitter.com/rXaaoou4yG

Class of 1995 and ADPi - went to Iceland in March this is at Skogafoss Falls, Iceland pic.twitter.com/E5HH6G2QAl

At the Mediterranean Sea pic.twitter.com/m4xp9idQv5