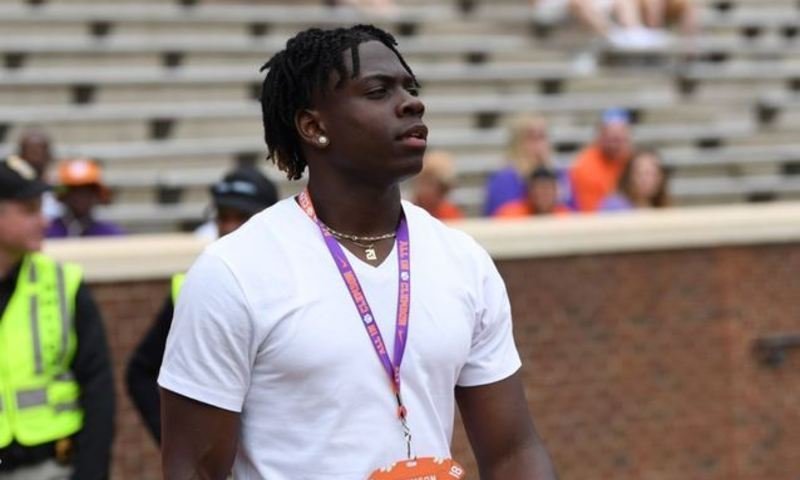 Friday’s All In Cookout was all about family and competition.

The Clemson coaching staff hosted its signature recruiting event of the summer at the football operations center Friday evening, and 2019 linebacker commit Bryton Constantin says the outing was everything he could have hoped for.

“Everything was great. There was a lot of people there. I think our newest commit, LaVonta Bentley, had a large number of people there and so did Andrew Booth. But it was all about family and it was also all about competition. It just shows why Clemson is so special.”

Constantin said there were a number of events designed to get everyone’s competitive juices flowing.

“Clemson is a very competitive place. Everything there is about competition, and the Cookout was no different,” Constantin said. “Whether it was trivia or guessing the last line of a Miley Cyrus song or Wiffleball or all of the games, it was designed for competition between the players, the recruits, the coaches and the families. One of the offensive line commits, Hunter Rayburn, won the Wiffleball home run hitting contest. All of that stood out to me.”

Rayburn said the Cookout was different than a regular visit.

“It was a lot of fun,” Rayburn. “It was different than just hanging out and going on a tour. All night it was offense versus defense competing against each other and it was a lot of fun. We had dodgeball and Wiffleball, and the offense won both of those and a group of moms won the trivia game.”

Rayburn said he hung out with two uncommitted prospects – the nation’s No. 1 center in Clay Webb and Cooper Dawson.

“I hung around Clay and Cooper they seemed to enjoy everything,” Rayburn said. “Clay is a pretty quiet kid, so we didn’t talk a lot about football. It was just a normal conversation but he seemed to be having a good time. They all seemed to enjoy it From the moment we got there, we were with the coaches and it was a really fun event.”

Constantin spent time with another uncommitted prospect, defensive back Andrew Booth. Booth brought a large group of family members to the gathering and that group was among the last to leave.

The competition wasn’t limited to the recruits – Constantin said head coach Dabo Swinney and Venables are two of the more competitive coaches he’s ever seen.

“That doesn’t surprise me, though,” Constantin said. “That is what makes them great coaches.”