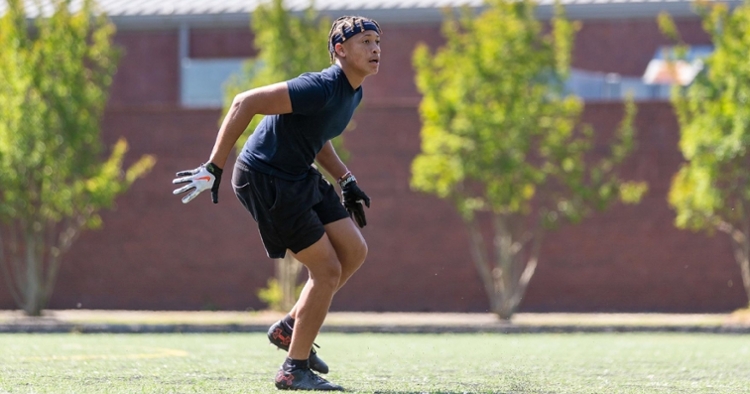 How do you know a player has the chance to be special? When the Clemson coaches haven’t offered a prospect in the 2022 recruiting cycle to date but extend an offer to a player in the 2023 class.

Avieon Terrell is a 2023 defensive back out of Atlanta (GA) Westlake who is the younger brother of former Clemson cornerback AJ Terrell. The younger Terrell picked up a Clemson offer earlier this week, a rare offer considering the Clemson coaches have yet to offer a player in the 2022 class.

The offer came through his high school head coach, Bobby May, and was cemented on a call later with cornerbacks coach Mike Reed and defensive coordinator Brent Venables.

“It was Coach Reed and Coach V. It felt great because Clemson is my dream school,” Terrell told TigerNet. “That is where my brother went. They called my head coach and then they FaceTimed my brother.”

Terrell has announced offers from LSU, Louisville, Georgia, Colorado, Miami, Arizona State, Florida, Michigan State, Tennessee, Nebraska, Kentucky, South Carolina and Georgia Tech. What did he do to deserve the early offer from the Tigers?

“What people don't know is that I am not a regular freshman. I can play,” Terrell said. “Second, Trevor Lawrence got his going into his junior year and Deshaun Watson got his going into his tenth-grade year, so I am like the only one in Clemson history to get that offer. And when I went to the Clemson camp, I was the only 8th grader going against high school players and locking them down. So, I brought that to the eyes of the coaches.”

Terrell played and started on the Westlake varsity last year in one of the state of Georgia’s toughest regions and ended the season with five interceptions.

He also gets help from his big brother, who was recently selected in the first round of the NFL Draft by the hometown Falcons.

“AJ helps me a lot. That is who I look up to. I will text him and call him and ask him if I am doing things right or ask his advice,” Terrell said. “Every day we go into the weight room and we train. It was exciting when he was drafted by the Falcons. Now my entire family can go to my high schools and then go to his games and they won't have to travel a long distance. It was a good experience for all of us. We are really happy.”

Clemson obviously stands out for Terrell.

“Clemson already feels like home. Clemson felt like home for my brother,” he said. “And even if he didn't go to Clemson, that would be my dream school. It was dream school before he went there. Clemson and Florida are my top two.

I would like to thank my teammates and my coaches for helping me receive an offer from @ClemsonFB @WestlakeFB1 @dareu_i pic.twitter.com/nC5q6QO70c