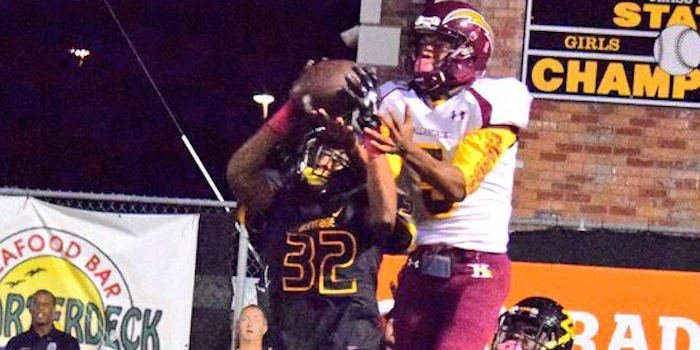 If you’re not first, you’re last.

Clemson was the first school to offer Tyson Campbell, and they have remained high on his list ever since, a list that doesn’t have a true leader yet.

The 11th-ranked defensive back nationally (247) caught up with TigerNet this week and explained his childhood connection to Clemson.

“Growing up, my Dad’s friend had a son that went to Clemson, so I used to get a lot of Clemson stuff," Campbell said. "I got to experience the Clemson fan base when they played West Virginia in the Orange Bowl, and their fans are just great. I know they have one of the loudest stadiums in college football.”

One school that is on Campbell’s list that also has a Death Valley? LSU.

Campbell explained the effect watching the Tigers’ 2015 season had on his recruiting process, saying, "I liked watching them this past season. What stands out about Clemson is how many really athletic defensive backs they have. Big guys like Jayron Kearse, guys who are 6-4 like myself.”

The number of defensive players Clemson had drafted also wasn’t lost on Campbell.

“Mackensie Alexander, Jayron Kearse, T.J. Green," he said. "It was cool seeing them drafted- it definitely caught my eye. I feel like they will all do really well in their first year in the league.”

Campbell is currently trying to focus on spring practice and just get better every day. He describes his playing style as “fast and aggressive” but is taking the opposite approach when figuring out what school he will end up attending.

Campbell wants to take this summer and visit ACC schools since he spent last summer visiting SEC schools. So far Clemson, UNC, and NC State are on his list to stop by over the course of the next few months.

While there isn’t a timetable set for his decision, Campbell feels like after this upcoming season is over that he can get more serious about narrowing down his choices.

One might be surprised to learn that Clemson’s fan base from the 2012 Orange Bowl game made a lasting impression on a recruit…but it did.