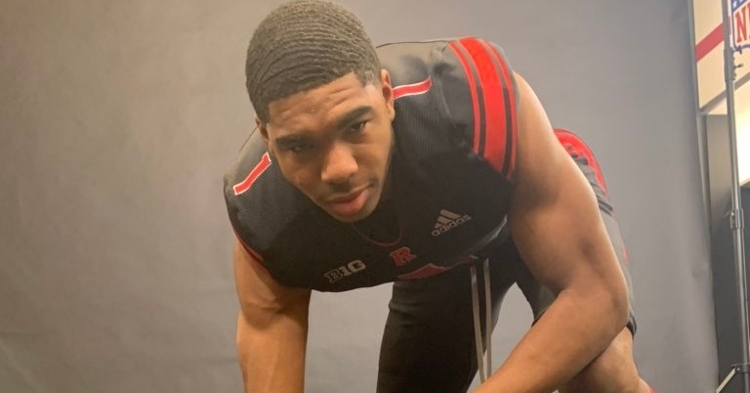 Campbell said that Clemson was one of his dream offers.

Clemson’s recruitment and development of defensive linemen has been a major reason why the Tigers have remained on top of the college football landscape. One of the offers extended in the 2022 class has taken the Tigers to New Jersey in hopes of finding the next impact player on the defensive front.

Jihaad Campbell received a Clemson offer in August and released his top-12 schools in November, putting Clemson in his top group along with Boston College, Duke, Michigan, Michigan State, Oregon, Penn State, Rutgers, South Carolina, Tennessee, Virginia Tech, and West Virginia. Campbell is a 6-4, 220-pound defensive end from Sicklerville (NJ) Timber Creek, currently listed as a 4-star prospect and No. 321 player in the nation according to the 247Sports Composite rankings.

Campbell’s versatility has caught the attention of the Clemson coaches, and defensive tackles coach Todd Bates has remained in contact with Campbell about his fit in the defensive scheme.

“(Bates) is a great coach. And not only that, he’s a great person to talk to and he’ll teach different things about the game of football,” Campbell told TigerNet. “I’ve just been talking to him about the defensive scheme and where I could be playing at on the field. They are very excited about me and they can’t wait until I get on campus. They are very multiple defensively, so he sees me at defensive end and also outside linebacker.”

Campbell has been impressed with the play of the Clemson defensive line this year, saying that he has had the chance to watch most of Clemson’s games this year. What else does Campbell like about the Clemson program?

“The environment, the culture, and the brotherhood,” Campbell said. “Just everything they have, all of that equals up to why I like them.”

Campbell has taken virtual visits with Clemson, West Virginia, Penn State, and Oregon. Clemson’s virtual visit with Campbell was an introduction to the academic aspect of the program, showing Campbell the business program in which he plans to major.

“Academics are most important. They have a great program that I am majoring in, so that is very big for me,” Campbell said.

Clemson likes Campbell at multiple positions, seeing him as a defensive end in a 4-3 or as an outside linebacker in a 3-man front. What does Campbell feel like are his strengths on the field?

“4-3 pass rushing and containing the outside, or 3-4 playing a little bit of outside linebacker and rushing the passer and playing zone,” he said. “My strengths are physicality, my vision, and my athleticism at both positions.”

Although Campbell released his top-12 schools, Campbell said that his recruitment is still 100-percent open. Campbell previously told TigerNet that his dream offers were Clemson, LSU, Alabama, and Ohio State. Campbell currently has the Clemson and Ohio State offers, along with over 20 other schools.