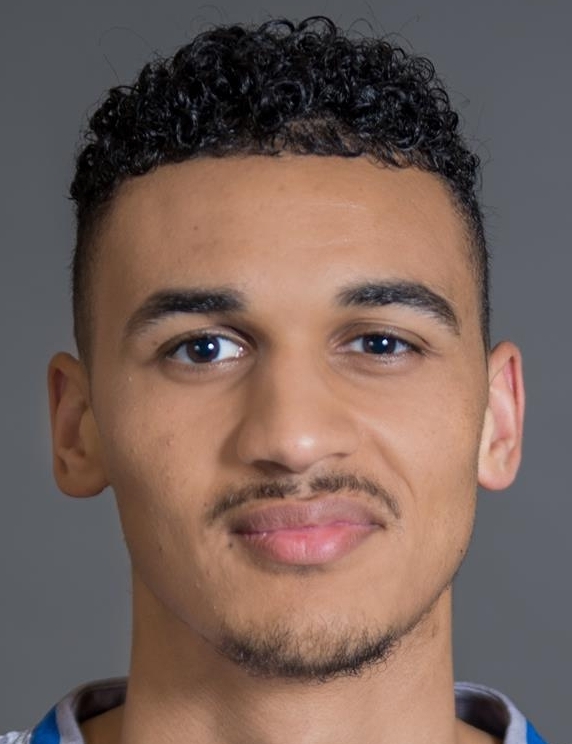 Forward
B I O
Baehre, a 6-foot, 10-inch big that can play inside and outside, recently completed his sophomore season for the UNC Asheville Bulldogs. He appeared in 34 games and started 21 of those contests for a Bulldog team that finished 21-13 overall, including 13-5 in the Big South. Baehre finished fifth on the team in scoring (7.4 ppg) and third in rebounding (4.6 rpg). He played 21.8 minutes per contest for the Bulldogs, while shooting a team-best 53.9 percent (103-for-191) from the field, including 37.3 percent from long range and 80.8 percent at the charity stripe. Baehre’s best game of the season came in the Bulldogs’ NIT matchup at Southern California (USC) when he posted 28 points and 14 rebounds on 11-for-17 shooting – good for his third double-double of the season. He also swatted five shots in a game for the third time of the 2017-18 campaign against the Trojans. His five blocked shots in a game were the second-most all season by a player in the Big South Conference. Baehre finished third overall in the Big South in blocked shots per game with 1.8 (61 total blocks). He also finished with three 10+ rebounding games. In his career, Baehre has appeared in 43 total games for the Bulldogs, including a contest last season against the Tigers. Baehre scored nine points on 4-for-6 shooting and grabbed five boards in what was a 31-point defeat for UNC Asheville. Prior to his time at UNC Asheville, Baehre grew up and played in Hessen, Germany before moving to Georgia and playing his senior high school season at Wilkinson County. He was a GHSA Division A State Champion and was named Co-MVP of the title game. He earned All-State team honors while in Germany in 2013 and received an invitation to the U18 German National team tryouts that season. Baehre will sit out the 2018-19 season due to NCAA transfer rules and will be immediately eligible for the 2019-20 season with two seasons overall left to play.

Deer recruits, as Saban/Jimbo/Deion tear each other down...