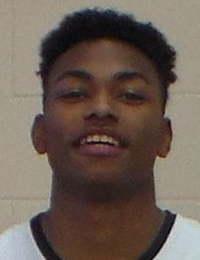 Guard
B I O
Rated the No. 4 prospect in the state of South Carolina by 247 Sports ... top-200 prospect nationally according to 247 Sports as well ... led Lower Richland High School to a AAAA state championship, where he scored 16 of his team-high 20 points in the fourth quarter ... performed well at the 2016 Chick-fil-A Classic in Columbia ... posted 29 points, five rebounds and four steals on Dec. 20 and followed two days later with a 20-point, nine-rebound effort ... played in two showcase games following his senior season, the Carolinas All-Star Classic and Capital City Classic ... produced 28 points and was named MVP for the South Carolina team in the Carolinas Classic in Myrtle Beach ... scored team-high 31 points in Capital City Classic ... Offensive MVP of the Big Shots SC Top 100 event in September 2016 ... averaged 13 points per game for Lower Richland as a junior ... committed to the Tigers following official visits to Charlotte, Georgia Tech and South Carolina.

“Clyde had a strong interest in Clemson from the outset,” Head coach Brad Brownell said. “He emerged on the recruiting scene this past summer after changing positions and getting more exposure. He is an exceptional athlete with good ball skills and vision, who has all the tools necessary to be a good defender in our program. He continues to get better, and I love the fact that he is a versatile athlete who can play multiple positions.”