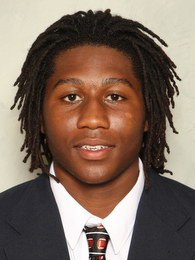 Defensive End
B I O
Sophomore who has been a reserve defensive end and special teams player ... has 15 tackles, two tackles for loss, one sack and one quarterback pressure in 82 snaps over 24 games in his career.