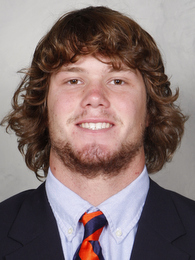 Defensive End
B I O
Original walk-on who has served as a reserve defensive end and tight end ... has one tackle in eight snaps over seven games on defense in his career ... two-time ACC Academic Honor Roll member.

There is nothing wrong in Clemson