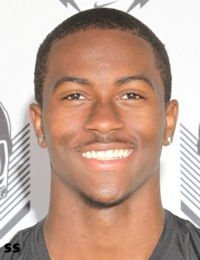 Cornerback
B I O
Ranked among the top 100 players in the nation by ESPN.com and Rivals … ESPN.com ranked Jones as 69th-best overall player, second-best player in the state of Virginia and seventh-best cornerback in the nation … ranked 91st overall by Rivals, fourth-best from the state of Virginia and ninth-best cornerback in the nation … 247Sports ranked him as eighth-best player in Virginia … ranked as four-star prospect by all three services … two-way player, who had 45 tackles, two interceptions, one he returned for a score, in 2018 … as a receiver, had 17 receptions for 347 yards and two scores … will play in World Bowl in Mexico on Dec. 22, then will play in Under Armour All-American game in early January. … played his high school football at Maury High School under Dyrri McCain … Clemson recruiters were Mike Reed and Brent Venables … committed to Clemson on April 20, 2018 … plans to enroll at Clemson in January 2019.