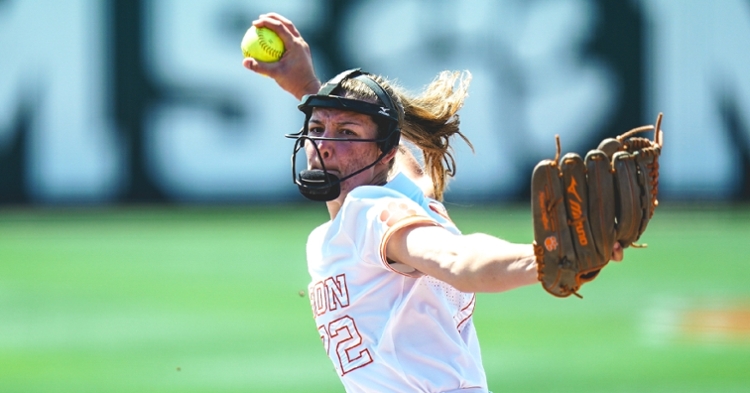 Cagle pitched two complete-game no-hitters to lead Clemson to a 6-0 week in the team’s pair of wins over Winthrop and its fifth ACC series sweep of the season against Boston College. Cagle went 4-0 in the circle and did not surrender a single run all week across the span of 23.2 innings pitched and struck out 36 batters. She also did not give up a single extra-base hit all week long, while walking just one. Her first complete-game no-hitter came in the Tigers’ 9-0 win over Winthrop, when she struck out 11 in five innings and only faced two batters above the minimum. Her peak performance came in the series finale against BC when a fielding error spoiled what would have been a perfect game in seven innings. She also did not allow the ball to leave the infield all game long.

Cagle also contributed at the plate last week as she led Clemson in batting average (.500), doubles (2), RBI (7), slugging percentage (.900) and tied for a team-leading two home runs. She also registered a hit in all six games to extend her current hit streak to 12 games. In her second no-hitter, Cagle went 3-for-4 with 2 RBI and was a triple shy of the cycle

Up next, Cagle and the Tigers travel to South Carolina (23-15, 2-11 SEC) on Wednesday, April 21 for the first-ever meeting against the Gamecocks. Wednesday’s contest is scheduled for 7 p.m. on SEC Network.