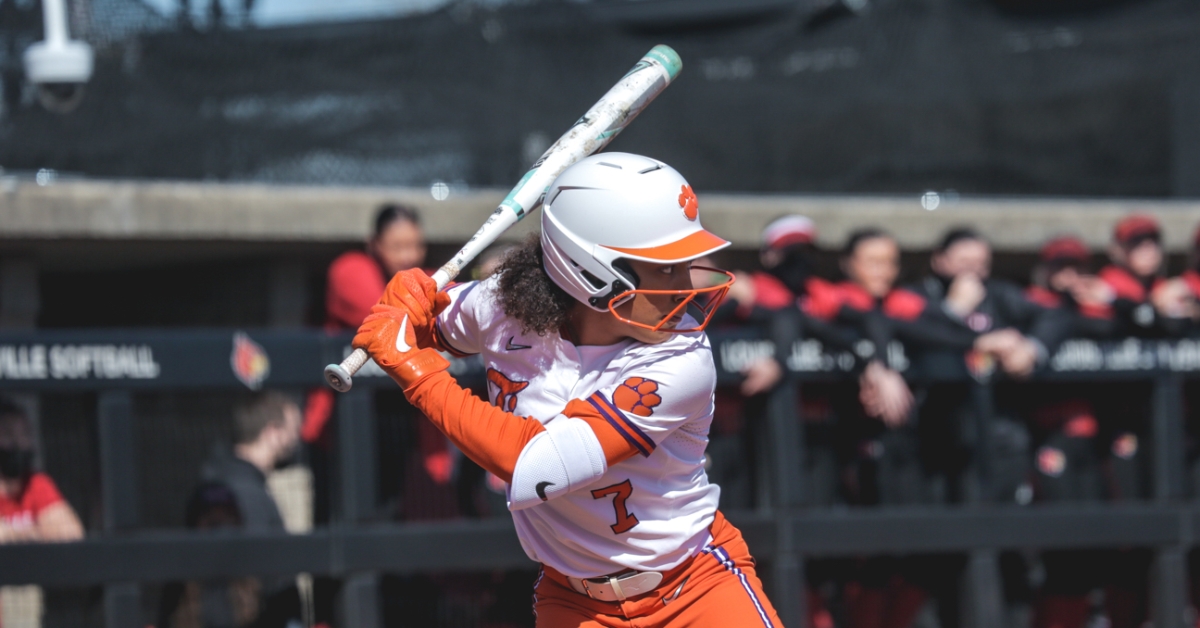 CLEMSON, S.C. — The Atlantic Coast Conference announced the 2021 All-ACC Team on Tuesday, including a league-best nine distinctions from the 2021 ACC regular-season champion Clemson Softball team in its first full season.

In addition to Cagle earning ACC Player and Freshman of the Year accolades, Clemson Head Coach John Rittman was voted the ACC’s Coach of the Year by his peers as announced on ACC Network’s Packer And Durham Tuesday morning.

ACC Freshman of the Year

For the first time in her career, Clemson Softball infielder/outfielder Alia Logoleo (Nashville, Tenn.) has been named the ACC’s Player of the Week for games played May 3-9. With Tuesday’s announcement, Clemson finished the 2021 regular-season with a league-best five ACC weekly distinctions.

Logoleo was instrumental in helping the Tigers clinch the 2021 ACC Softball regular-season championship after exploding at the plate in Clemson’s title-clinching game at Syracuse on Sunday. The second-year freshman raked in 10 RBI in Sunday’s contest against the Orange, which the Tigers won 19-2 in five innings. Logoleo recorded three home runs, including a grand slam, three-run and two-run shots, and a double to go a perfect 4-for-4 at the plate. Her 10 RBI are the most in a single game by a Division-I player this season, and the most by any hitter against a Power-5 opponent since May 7, 2015 when former Ohio State catcher Erika Leonard accomplished that same feat against Indiana. For the week, Logoleo hit .500, slugged 1.500 and totaled 11 RBI.

Up next, the top-seeded Tigers will face the winner of No. 8 Syracuse (20-23, 12-20 ACC) and No. 9 Georgia Tech (19-25, 11-19 ACC) on Thursday at 11 a.m. ET in the quarterfinals of the 2021 ACC Softball Championship at Ulmer Stadium in Louisville, Kentucky. All 2021 ACC Softball Championship contests will broadcast on ACC Network with the exception of Saturday’s title game, which will air on ESPN (originally ESPN2) at noon.