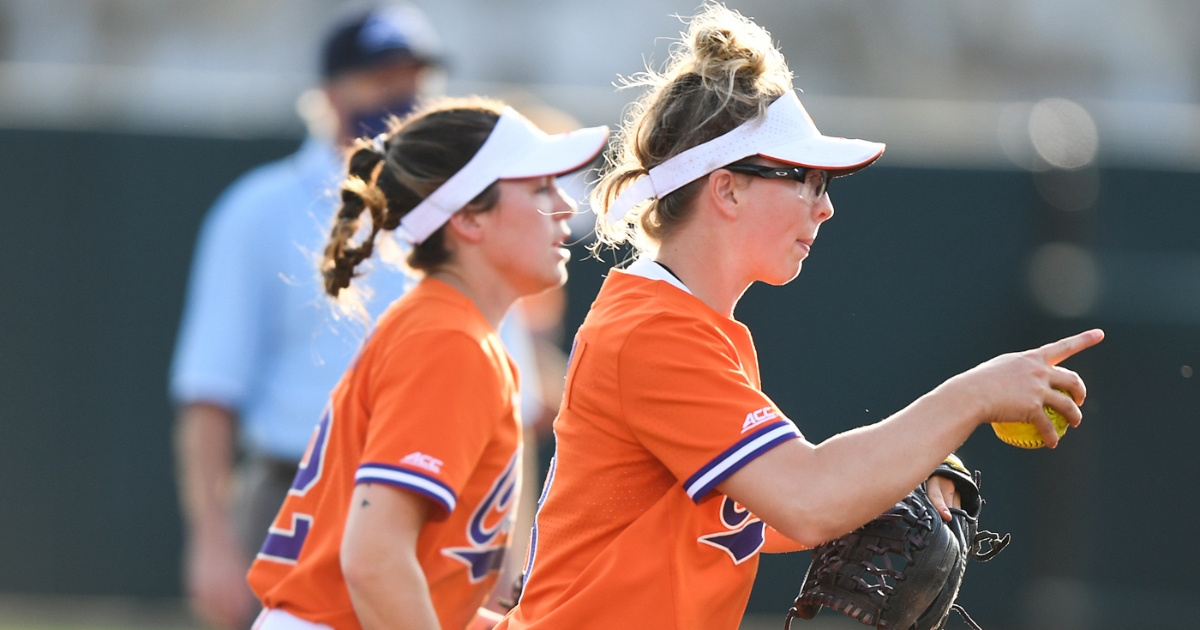 Clemson got off to a good start Friday. (ACC file photo)

CLEMSON, S.C. — Clemson true freshman lefty Millie Thompson (4-1) registered a career-high 10 strikeouts in her second complete game to lead the Tigers to a 6-1 victory over North Carolina at McWhorter Stadium in game No. 1 of Friday’s doubleheader. Thompson had a no-hitter through 5.2 innings and did not allow a single walk or earned run in Friday’s win.

North Carolina’s Brittany Pickett (8-6) suffered her second loss of the series after surrendering three runs on seven hits in 4.2 innings of work.

The Tigers, who were 12-0 when scoring in the first inning this season entering Friday’s doubleheader, dialed up a pair of runs in the bottom of the first. With a full count, Valerie Cagle registered RBI No. 22 of the season on a single up the middle with a runner on second. Two batters later, Ansley Gilstrap (2-for-2, 1 RBI) ripped her fourth double and 12th RBI of the season to knock home Cagle and give the Tigers a 2-0 lead.

After three consecutive scoreless innings, the Tigers extended their lead in the bottom of the fourth. McKenzie Clark (3-for-4) registered her sixth double of the season before Grace Mattimore (2-for-3, 1 RBI) connected on her third double the very next play to score Clark.

The Tar Heels registered their first and only run of the game on a Clemson fielding error, which gave the UNC base runner enough time to round third and score.

With two outs in the bottom of the sixth, Abi Stuart came off the bench to pinch hit and launched a three-run shot to deep left field, her fourth home run of the season, which gave the Tigers their 6-1 lead.

Up next, Clemson and the Tar Heels return to McWhorter Stadium for game No. 2 of Friday’s doubleheader. First pitch is scheduled now for 3:37 p.m. and is slated to stream on ACCNX.

Grace Mattimore ropes this one off the wall to score McKenzie Clark, who doubled on the previous at-bat ??

Abi Stuart pinch hits to connect on her fourth homer of the season, a three-run shot to left field??