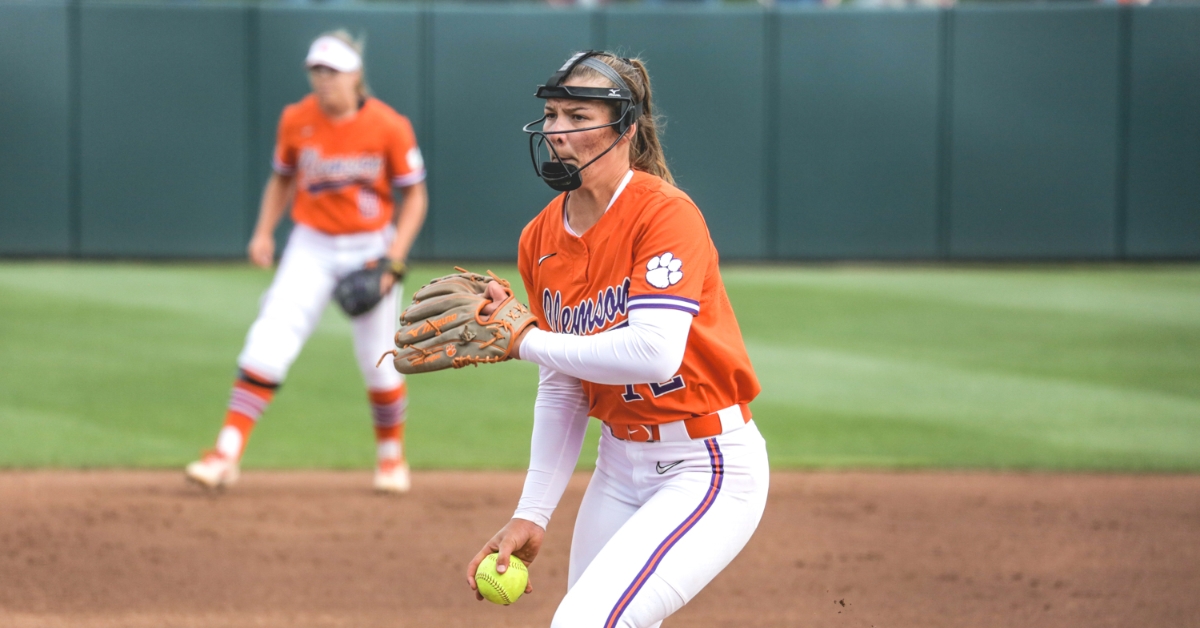 The No. 11-ranked Clemson softball team accomplished something no other women’s sport has done in Clemson history on Friday: win 18 consecutive games. The Tigers beat the Syracuse Orange by a score of 4-2 at Skytop Softball Stadium to break the record, which was held earlier this season when Clemson went on a 17-game winning streak.

“It feels good to be on another winning streak,” Clemson head coach John Rittman said. “Obviously to set a record like that at Clemson, which has a historically rich tradition among its women’s programs, is really special.”

During the streak, the Tigers are outscoring their opponents 111-28 and have posted four shutouts during the streak. Clemson sits at 38-4 this season and 27-4 in ACC play while controlling their destiny to win the ACC regular-season title.

“We’re pretty impressed with our performance after 12 days off,” Rittman said about the Tigers not playing last weekend due to finals. “We’ll enjoy this one, but we have to wake up and refocus for tomorrow’s games.”

The Tigers will finish their season out the next two days with a doubleheader scheduled for tomorrow afternoon before the final game of the season on Sunday. The other team within striking distance of Clemson is Florida State who traveled to Pittsburgh for their final series of the season.

Valerie Cagle picked up her ACC-best 24th win of the season as well as completing her 25th complete contest of the campaign.

Cagle tossed all 7.0 innings while allowing two earned runs, both runs coming by the way of a solo homer. The redshirt freshman from Virginia struck out 10 batters while spreading out four hits on the afternoon and increased her overall record to 24-3. Earlier this week, Cagle was announced as one of ten finalists for the USA Softball Player of the Year Award.

The Tigers were led at the plate by McKenzie “Pie” Clark, who went 1-for-4 with a home run and two RBI. Cagle also had a nice day at the plate, batting 2-for-3 with a walk. Morgan Johnson drove in a run in the seventh inning to give Clemson a two-run lead heading into the final three outs.

The Orange took the lead early, getting to Cagle for a first-inning solo home run from Neli Casares-Maher. The homer was just the fourth on the season the Clemson ace had given up.

The Tigers threatened to score in the second inning, putting a runner in scoring position with two outs, but they were unable to plate a run as a strikeout ended the inning.

Syracuse did not make it easy on Cagle in the second inning, getting a runner to third base with no outs. The redshirt freshman stayed calm and composed and battled back to strike out the next two batters and force a groundout to third to get out of the jam.

Clemson took the lead in the third, 2-1, as Clark launched her ninth long ball of the season to the scoreboard in left field. Cammy Periera had singled to lead off the inning and the two-run shot gave the Tigers their first lead of the contest.

Syracuse tied the game at two even in the home half of the third, hitting its second home run of the afternoon off of Cagle.

The Tigers retook the lead in the fourth, plating a run on a Pereira RBI single to take a 3-2 lead. Clemson did load the bases, but a strikeout to end the inning left three runners aboard.

The Orange threatened to plate a run in the fifth, putting a runner on second before a popup to Ansley Gilstrap at shortstop curbed the threat and sent the game to the sixth inning with Clemson leading, 3-2.

Syracuse got the tying run to third base in the sixth inning with one out, threatening to tie the game at three. Cagle forced a groundout to the left side of the infield and sent the next Orange batter back to the dugout for the third out with a looking strikeout.

The Tigers added an insurance run in the top of the seventh to increase their lead, 4-2. Johnson picked up the RBI single, her 15th run driven in of the season.

Syracuse put runners on first and second with one out, bringing the potential game-winning run to the plate. Casey Bigham dug the ground ball out of the dirt at third, stepped on the bag and gunned the ball to first for the game-winning double play.

*Earlier this season, Clemson previously achieved another 17-game win streak that spanned from Feb. 20 through March 26.

*Mirroring the Tigers’ 18-game win streak, Valerie Cagle extended her current hit streak to 18 games. Since the win streak began, Cagle’s hitting .538 (28-for-52) at the plate.

*Holding the Orange to just two runs in Friday’s contest, Clemson has not allowed more than three runs in 39 of its 42 games played this season, including its last 34 games.

*Clemson improved to 30-0 this season when hitting at least one home run. The Tigers are 46-2 all-time when homering at least once.