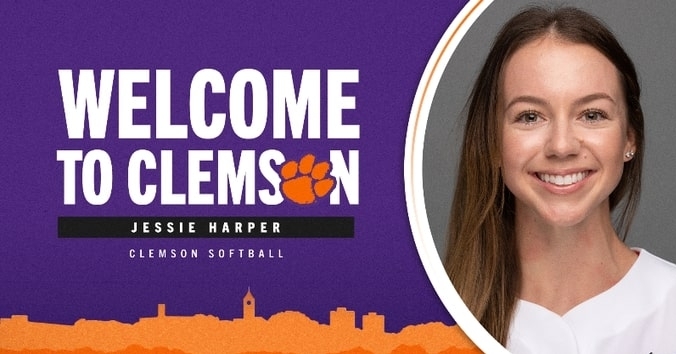 Jessie Harper joins Clemson's coaching staff after being on a WCWS staff at Arizona this past season.

Harper joins the Tiger staff after she served as Arizona’s graduate assistant for the 2022 season, helping guide the Wildcats to a Women’s College World Series appearance. Her stint with the Wildcat coaching staff came after an accomplished playing career for the squad and after being drafted to play in the Athletes Unlimited professional league for the WFP Pride.

During her collegiate career, Harper excelled on the field being named a three-time All-American at two different positions (first base and shortstop), including being a 2017 first-team selection. She was a four-time All-Pac-12 First Team and NFCA West Region selection and concluded her career tied for first in Arizona history and third all-time in the NCAA with 92 home runs. She led the Pac-12 in homers in 2019 (29) and 2020 (10) and led the NCAA in 2019 to become the 10th Wildcat to lead the country in homers and first to do so since 2009.

She led the Wildcats to the Women’s College World Series as a student-athlete in both 2019 and 2021 and to Super Regionals during her freshman (2017) and sophomore (2018) campaigns. She finished eighth in Arizona’s history in career slugging percentage (.744) and finished sixth with 255 RBI. Off the field, she was an Academic All-American and two-time Academic All-District selection as well as the 2021 Pac-12 Scholar Athlete of the Year. She was a Senior CLASS Award Finalist in 2021 and was a two-time Pac-12 All-Academic honoree.

The Stevenson Ranch, California native graduated with a degree in sociology in 2020 before completing her master’s in educational leadership in 2022. 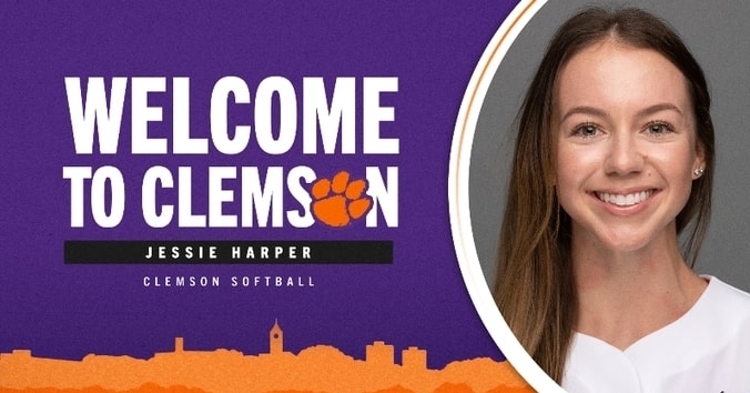 Jessie Harper joins Clemson's coaching staff after being on a WCWS staff at Arizona this past season."
Get the latest Clemson gear right here!
Comment on this story