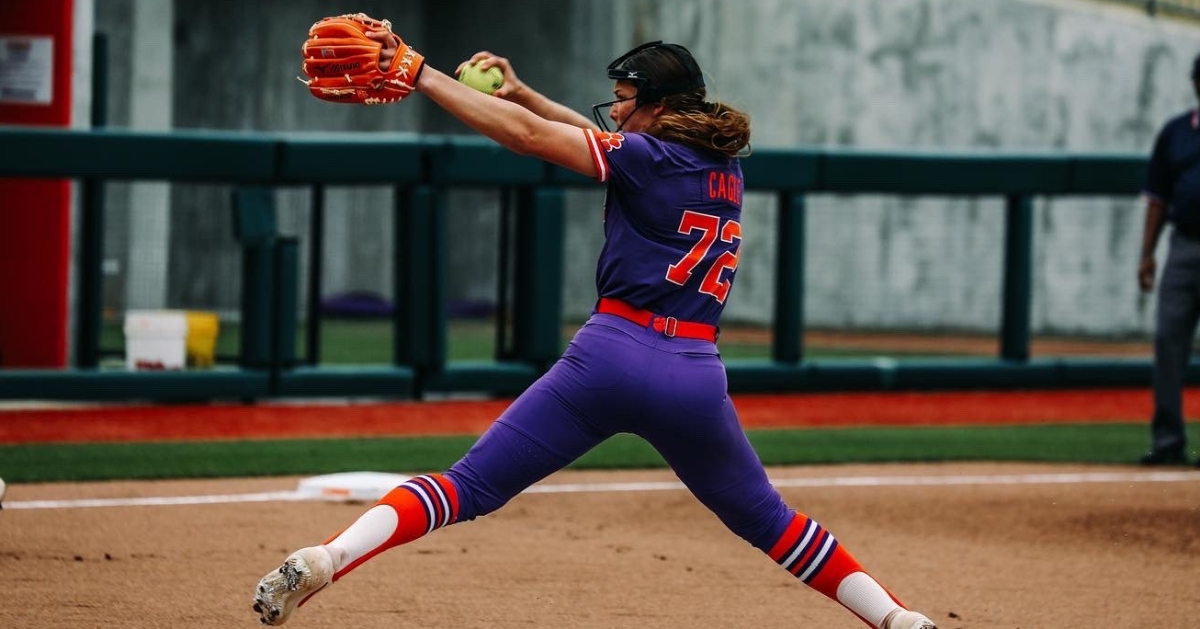 Valerie Cagle and the Tigers begin play versus Notre Dame on Thursday in Pittsburgh (Clemson photo).

The Hokies earned the top seed after winning the regular-season championship with a 21-2 mark in conference action. Virginia Tech will play its first tournament game in the quarterfinals on Thursday at 11 a.m., when it takes on the winner of Wednesday’s first-round matchup between No. 9 Syracuse and No. 8 Louisville.

The Orange and the Cardinals will kick off the ACC Softball Championship with a 1 p.m. start on Wednesday, followed by No. 10 NC State vs. No. 7 Georgia Tech at 3:30 p.m. Needing a sweep to clinch a spot in the championship, Syracuse won all three games against North Carolina to earn the No. 9 seed.

No. 4 Notre Dame will face No. 5 Clemson on Thursday at 1:30 p.m. in quarterfinal play. Duke earned the highest seed in the short history of the Blue Devils’ program as the No. 2 seed and will play the winner of Georgia Tech and NC State on Thursday at 5 p.m. Florida State, the No. 3 seed, is slated to play No. 6 Virginia in the final game of the day at 7:30 p.m.

The 2022 ACC Softball Championship will continue with Friday’s semifinals at 1 p.m. and 3:30 p.m., and will conclude with Saturday’s championship game at 1 p.m.

ACC Network and ESPN2 will provide 18 hours of live coverage of the ACC Softball Championship. The first three rounds will be broadcast on ACC Network, and ESPN2 will carry the championship game, with studio breaks in between games.

Three ACC teams are ranked among the top 10 of the most recent D1Softball Poll - the most of any conference. Virginia Tech leads among league teams at No. 2, followed by No. 3 Florida State, No. 10 Duke, No. 16 Clemson and No. 20 Notre Dame.

Last year, Duke captured the program’s first ACC Championship with a 1-0 victory against top-seeded Clemson in a pitchers’ duel. The win for the Blue Devils snapped a streak of six consecutive conference championships won by Florida State.