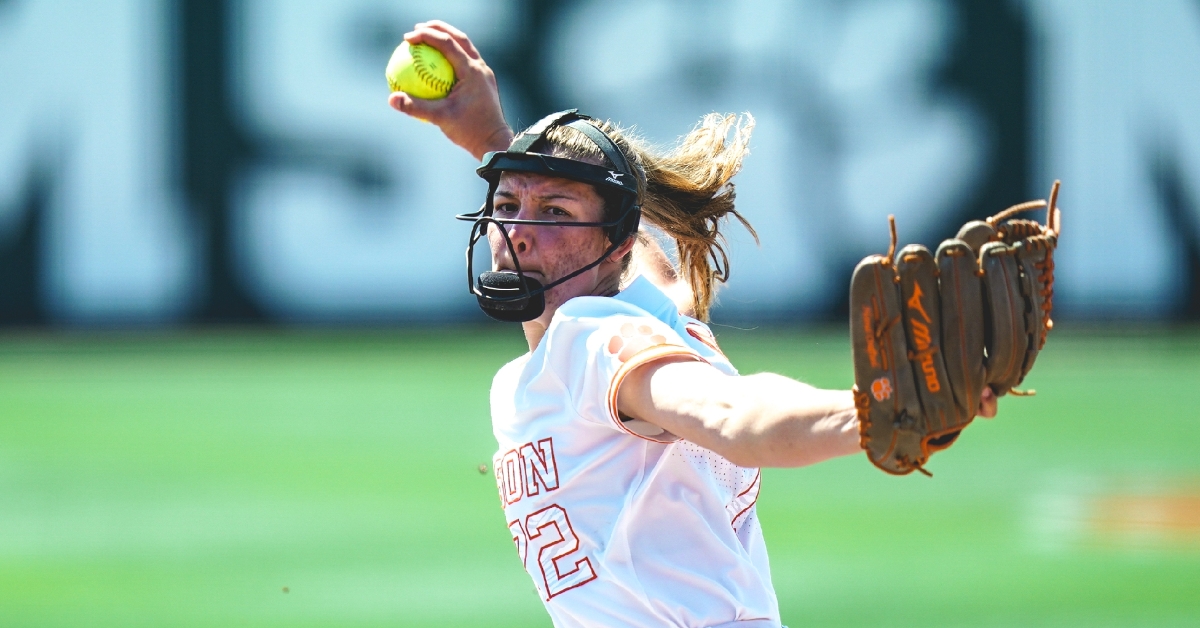 The ACC regular-season champs are headed to Tuscaloosa in their first NCAA Tournament appearance.

Clemson softball is going to No. 3 national seed Alabama, in a regional also with Troy and Alabama State. They will open with Troy at 3 p.m. on Friday (ESPN3).

John Rittman's Tigers wrapped a 42-6 record for an NCAAs bid Saturday with a 1-0 loss in the ACC Championship Final to Duke. In its first full season as a program, Clemson held two winning streaks of 17 or more games, including one snapped in the final regular-season series that stretched to 19 games.

Clemson was among the 20 teams originally announced as a potential NCAA Regional host on April 30.

The Tuscaloosa Regional was paired with No. 14 national seed Kentucky's regional, which features another ACC team in Notre Dame as well.

All games of the NCAA Division I Softball Championship will be broadcast on ESPN’s family of networks with regionals taking place May 21-23, followed by super regionals May 27-30. The 2021 championship will culminate with the Women’s College World Series at USA Softball Hall of Fame Stadium in Oklahoma City, Oklahoma, from June 3-9.

ACC player of the year Valerie Cagle (26-5) and Cammy Pereira were named to the ACC All-Tournament Team. For the tournament, Cagle scattered six hits over 21 innings pitched, allowing only one run while also hitting a home run at the plate. Pereira totaled the only two runs of the quarterfinal against Georgia Tech on Thursday with two solo home runs.

The Clemson softball team did not earn a regional host bid but the Tigers are heading to Tuscaloosa to play in their first NCAA tournament this Friday.