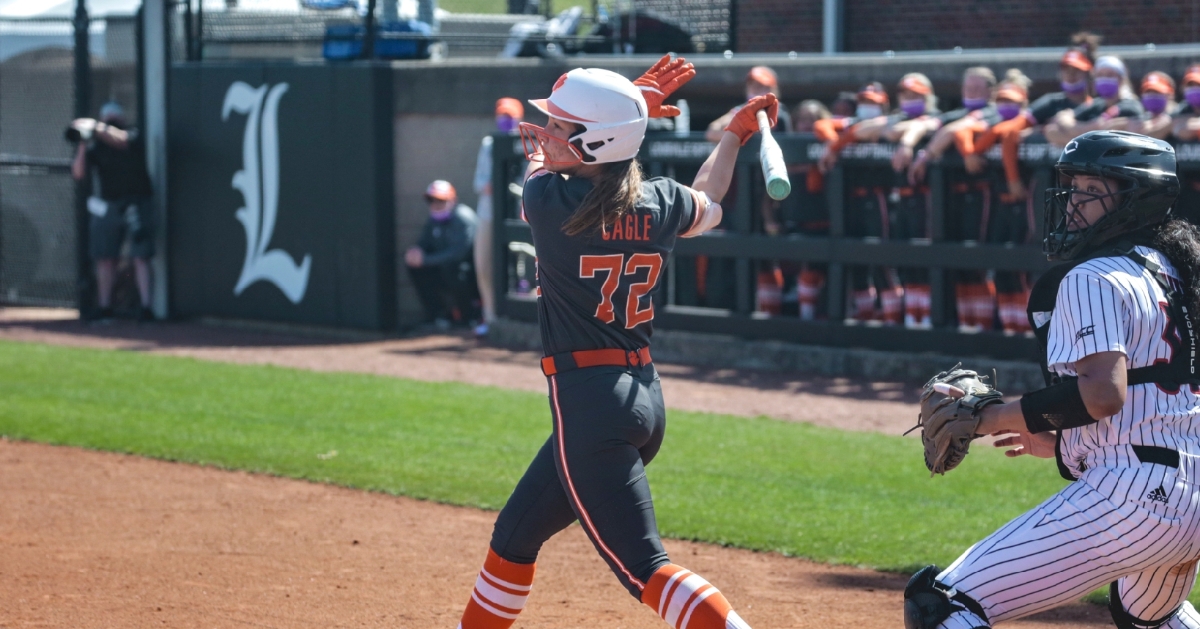 For Clemson redshirt freshman Valerie Cagle, the number 72 has always had significant meaning behind it. Since the Virginia native was 13 years old, she has worn No. 72 in hopes of one day seeing the number register on the radar gun while she pitches from inside of the pitcher's circle. Cagle was close multiple times during the Clemson softball program’s inaugural season last year but never saw the feat accomplished before the remainder of the season was canceled due to the COVID-19 pandemic.

Once Cagle and the program returned in August to prepare for the upcoming season, it did not take long for her to see the long-awaited day when the number she had been chasing since her childhood popped up on the radar gun.

“We had our radar working during our fall world series and that's when I first hit it, but this season I’m hitting it fairly consistently,” said the second-year freshman. “It’s definitely very exciting and I feel very accomplished because I’ve been working for so long to do and I can see the hard work paying off and once you see that mark it’s like ‘I’ve done that, so now what?’”

It did not take long for Cagle to change her sights onto a new challenge, and this one just so happened to deal with the number 72 once again. 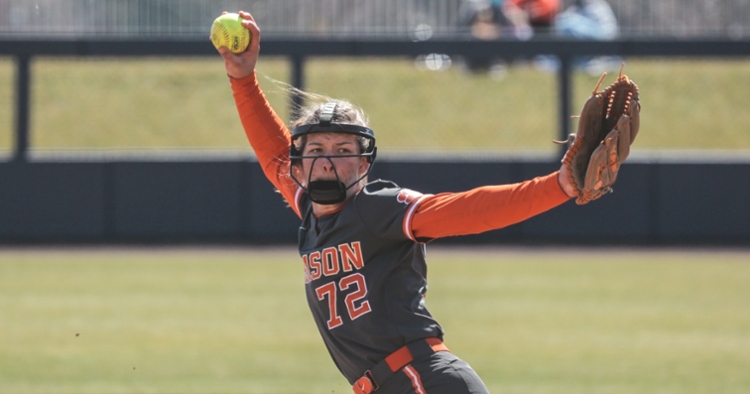 The pitcher/outfielder is well on her way to that goal, recording 21 wins inside of the circle and 16 home runs at the plate so far in a season and a half. Cagle will get a chance to play for five seasons (4 1/2 if we are really counting) and will very likely have a chance at the record if she keeps her level of play at where she has been this season.

So how did someone who was homeschooled in Virginia, who posted a 0.00 ERA in 57.0 innings in her final season of travel softball, end up in the hills of Clemson? Hint: it has something to do with that family atmosphere that is very easy to see around the Clemson softball program.

“When I came on my visit here, I just loved the campus, I loved the coaches and I loved what they were trying to create,” said Cagle when asked about her commitment to Clemson. “I’m someone who is super competitive, so having the opportunity to start something and be a part of something new I just couldn’t give it up. It’s such an awesome opportunity to be a part of something like this.”

The transition from homeschooling to the busy life of being a Division I student-athlete was not all sunshine and rainbows for the Virginia native.

“It was balancing the softball with the social with the school because for me with being homeschooled, a lot of it was all integrated together,” Cagle said about the transition. “With school ball, if it was a homeschooled sport, you just had that in common (teammates were also homeschooled). Understanding other people's life experiences and understanding where they’re coming from and managing it all together was probably the biggest thing for me.”

Cagle and No. 20-ranked Clemson Tigers will now welcome the 11th-ranked Duke Blue Devils into McWhorter Stadium this weekend, March 26th-28th, for a matchup of the two top teams in the ACC standings. The Blue Devils, who enter in with an 18-game winning streak, currently sit one game above Clemson in the conference standings. The redshirt freshman knows that the Tigers will have to be focused in their first-ever series between ranked teams in program history. The two teams are also two of only three NCAA squads to currently have a winning streak of more than 17 games.

“You definitely can’t focus on the fact that Duke is ahead of us or ranked higher than us,” Cagle said. “We have to focus on playing our game and doing what we’ve been doing and focus on the reason why we’ve already gotten on this winning streak. We’re going to have to stay within ourselves and not make the moment bigger than it actually is.”

Cagle, who posts a 12-1 record and sub 1.30 ERA, leads the Tigers in a series that opens on Friday with a doubleheader at 3 and 5 p.m. (ACCNX), before meeting on Saturday at noon and Sunday at 4 p.m. in games televised by ACC Network.