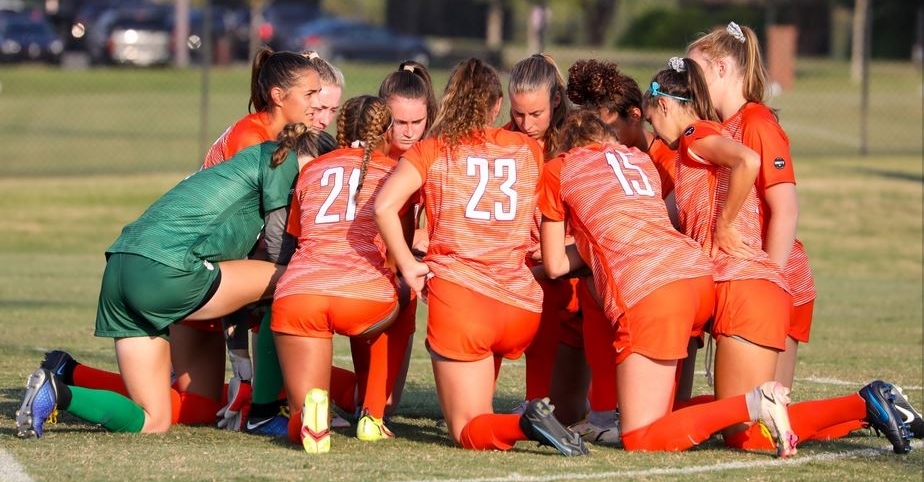 BOILING SPRINGS, N.C. – In their final non-conference match of the season, the Clemson Women’s Soccer team (5-2, 0-0 ACC) scored two goals in the first and second half while four different Tigers scored on their way to a 4-0 win over Gardner-Webb (2-6, 0-0 Big South) on Sunday night at Greene-Harbison Stadium.

Fran Stables scored her first career goal in the 44th minute on an impressive shot from the left side of the goal to give the Tigers the 2-0 lead at the half. Stables’ goal was assisted by Megan Bornkamp and Maliah Morris.

Harper White scored her first goal of the season in the 71st minute off of a Bornkamp assist. White drilled the ball with her right foot, which ricocheted off the crossbar and went into the goal to give the Tigers a 3-1 lead.

Renee Lyles scored her fifth goal of the season when she sidestepped a Gardner-Webb player and drilled a shot into the middle of the net off a pass from Bornkamp in the 78th minute to give the Tigers the 4-0 win.

Clemson finished the match with 25 shots and 13 shots on goal while holding the Runnin’ Bulldogs to just four shots and two shots on goal. Hallie MacKiewicz registered two saves to bring her total to four on the season.

“It was a great way to finish off the non-conference season,” said Head Coach Eddie Radwanski. “I want to thank Gardner-Webb. Their team played hard today, and I wish them well in their conference schedule. It was a great way to end the weekend after beating South Carolina. Now the fun time of the year begins with ACC play, and we have to get ourselves ready for a good Pitt team. We’re excited to enter it.”

The Tigers will host Pitt at Historic Riggs Field on Thursday night at 8 p.m. Game coverage will be available on ACC Network.

Tigers win their last non-conference game of the season!