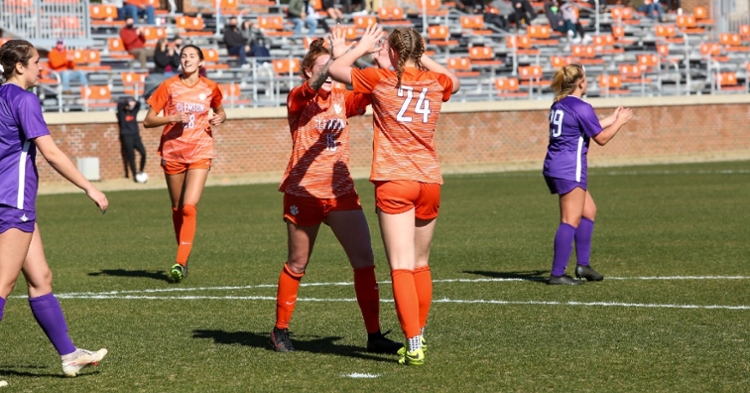 CLEMSON, S.C. – United Soccer Coaches released its pre-season rankings, and Clemson Women’s Soccer comes in at No. 7 in the poll. Clemson is one of only two schools in the nation that are in the top 10 in both the men’s and women’s polls.

The 2021 campaign will mark the 11th season with Head Coach Eddie Radwanski at the helm alongside Associate Head Coach Jeff Robbins and Assistant Coach Siri Mullinix. The Tigers will compete in an exhibition match at Wake Forest on Monday, August 9 and will be at Historic Riggs Field for its first home match on Friday, August 13.