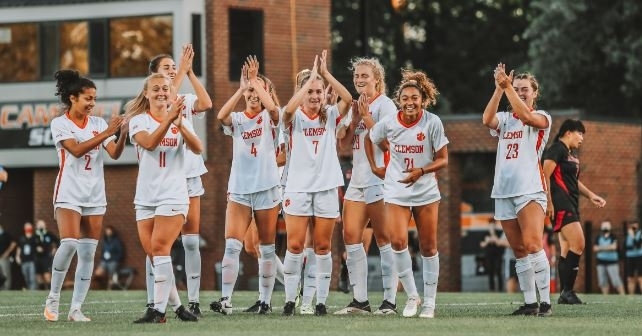 Clemson made its first Elite 8 since 2006. (Clemson athletics file photo)

Playing in its first NCAA Tournament Quarterfinals game since 2006, the No. 14-seed Clemson women’s soccer team was unable to advance to the semifinals against No. 11 seed Santa Clara, falling to the Broncos, 1-0. Clemson finishes the 2021 season with a 12-5-2 record overall.

The Tigers got inside of the Santa Clara box multiple times within the final 10 minutes, but none of the shots found the back of the net for Clemson and they saw a conclusion to a special season.

Hensley Hancuff made four saves on the day, but it was the lone goal that was the difference between the teams. Six of the Tigers' shots found the goal, but none got past the Santa Clara keeper Marlee Nicolos.

The Broncos took the lead 19 minutes into the quarterfinals matchup, taking advantage of a counter-attack to beat Hancuff on a one-on-one situation close to the goal line. Hancuff dove to the correct side, and even got a finger on the ball, but it was not enough as Santa Clara took an early lead.

Clemson entered the locker rooms still trailing by a goal despite having double the amount of shots on goal than the Broncos. Both teams had eight total shots in the first half, but the Tigers had four on net while Santa Clara only had two.

The Tigers nearly got on the scoreboard in the 50th minute when Caroline Conti launched a shot from outside the 18-yard box and forced the Broncos keeper to make a ranging and impressive save to her left. 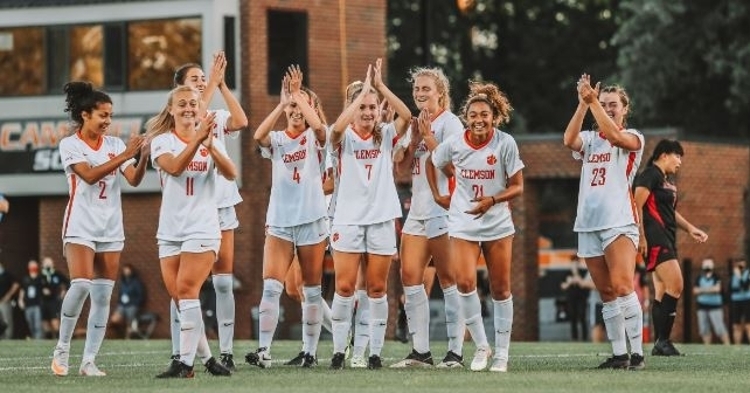 Clemson made its first Elite 8 since 2006. (Clemson athletics file photo)"

The Tigers got off two shots in the final dozen of minutes, but they still could not crack the Santa Clara defense.

Clemson falls to 0-4 all time against the Broncos.

Proud of this team's effort today and all season long. This was a special year for @CoachEddieCU and team, and I know they'll be back! https://t.co/Opo1EPoQKl

A hard fought battle from the Tigers comes up just short.

The future is bright for our group ???? pic.twitter.com/SiedkUN6ng