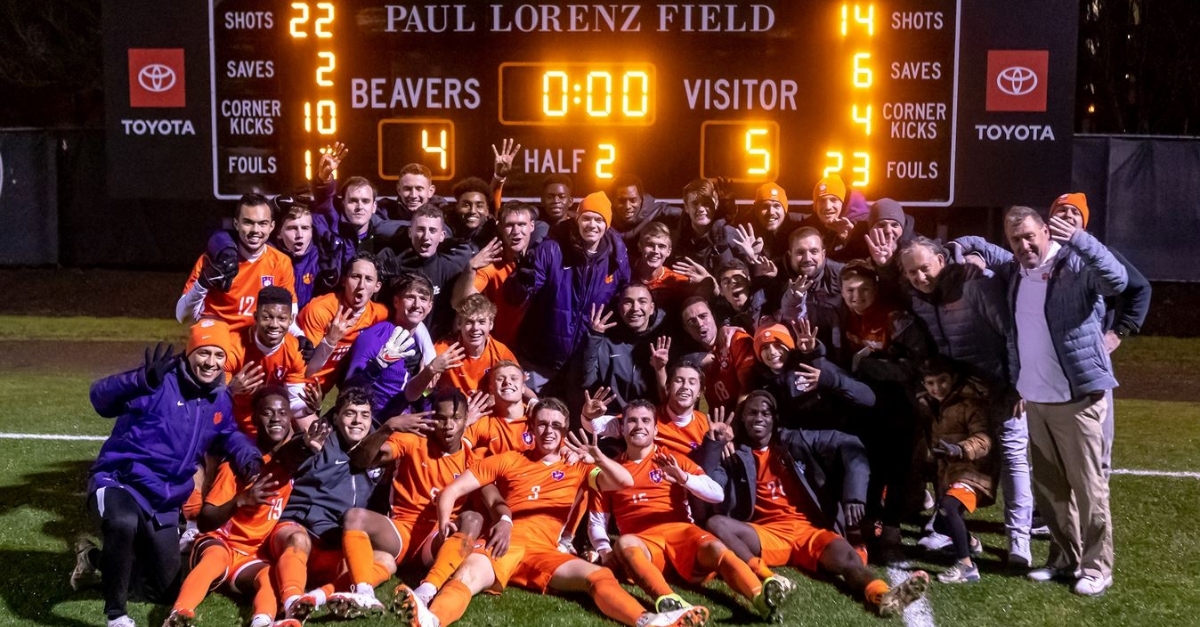 MAC Hermann Trophy finalist Oskar Ågren was the first of the bunch, taken 13th overall by the San Jose Earthquakes. He was followed by Charlie Asensio to Austin FC with the 35th pick, Callum Johnson to LA Galaxy with the 42nd pick and Pipe Fernandez to Vancouver FC with the 44th pick. George Marks went to expansion team Charlotte FC with the first pick of the third round, and John Martin concluded Clemson’s selections when he was picked by Vancouver with the eighth pick in the final round.

Ågren, the lone Tiger selected in the first round, was the anchor of Clemson’s back line, ultimately being named to the All-South Region First Team, Top Drawer Soccer All-American First Team, and NCAA All-Tournament Team. He assisted on Isaiah Reid’s game-winning goal in the National Championship.

Asensio was a four-year starter for the Tigers, ultimately appearing in 82 games over his career. His steadiness at the left-back position was paramount in Clemson’s rise to the National Championship.

Johnson played three years at Clemson after transferring from Boston College, and appeared in 94 collegiate matches. He tallied 16 goals and 19 assists over the course of his career.

Fernandez proved instrumental in Clemson’s national championship run. He scored the equalizing penalty kick against Oregon State in the Elite Eight and the only Clemson goal in regulation in the NCAA Final Four match against Notre Dame. He finished the season with eight goals, second on the team only to Reid.

Marks joins the new club in Charlotte as one of the most decorated keepers in Clemson history. A native of North Carolina, he is third on Clemson’s all-time shutout leaderboard (21) as well as third in wins (49). He was magnificent in net for the Tigers all season, and notably saved three of nine penalties faced in the shootouts against Oregon State and Notre Dame.

John Martin, the last of the Tigers selected, is a Clemson native who scored a penalty kick in the shootout against Notre Dame.

The 2021 National Champion Clemson Tigers will be celebrated on Saturday, January 15 with a parade from Sikes Hall to Historic Riggs Field beginning at 3:30 p.m. Following the parade route, the team will be honored at halftime of the Clemson men’s basketball game beginning at 6:30 p.m.