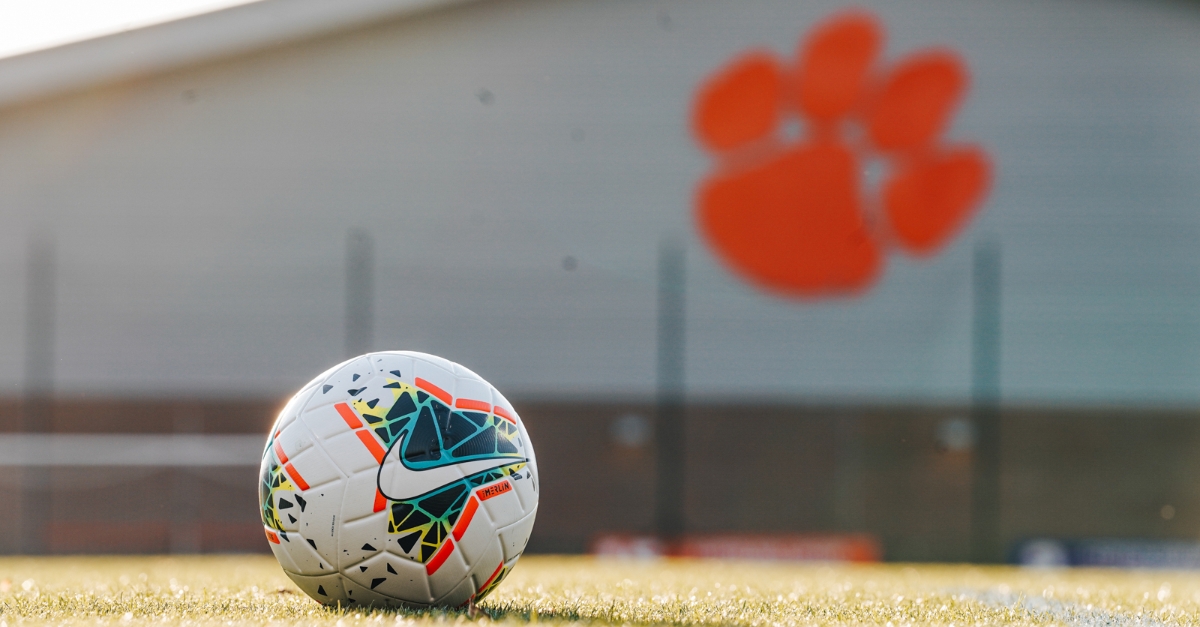 DURHAM, N.C. -- Luis Felipe Fernandez-Salvador’s overtime game-winning goal pushed the Tigers (10-3, 4-2 ACC) to a 3-2 victory over the No. 9 Duke Blue Devils (9-3, 4-2 ACC) on Friday night on the road at Koskinen Stadium. The Tigers conceded an equalizer and had a man sent off with under a minute left in regulation, only for Fernandez-Salvador to finish the job for Clemson just 58 seconds into overtime.

Fernandez-Salvador’s goal was his second late game-winner of the season, his first coming with four minutes left in regulation at Wake Forest. The senior midfielder, who has found his form of late, capitalized on a miscue between the Duke defender and goalkeeper and gave Clemson an incredible and, at the time, an improbable victory.

The first half saw the Tigers outshoot Duke 8-6, but neither team had any real chances of note. Both defenses did well to cut out any true threat when the ball entered the final third.

Clemson managed to get on the board first, when Ousmane Sylla banged home a rebound into a wide open net. The Tigers’ lead however was short-lived, as a Duke through-ball led to a Blue Devil being taken down in the box, resulting in the equalizer as a result of the ensuing penalty kick.

The two ACC powerhouses battled for possession and the next goal, but ultimately it was Clemson’s Hamady Diop, who committed the foul resulting in the penalty, that found redemption off a Fernandez-Salvador corner kick.

Diop connected on a header about nine yards from the goal line that lofted beautifully above the Blue Devils’ defender and rippled the back of Duke’s net, which appeared to give Clemson the victory.

With just 42 seconds remaining in the regular time, Duke’s attack finally broke through for its second equalizer of the match. This time it was Scotty Taylor providing a spark off the bench and the goal that sent the match into overtime. With only five seconds left in regular time, Diop was sent off for his second yellow card of the match, forcing the Tigers to play overtime a man down.

That overtime period was short-lived. Fernandez-Salvador, playing aggressively despite the Tigers’ undermanned status, managed to intercept a pass intended for Duke’s goalkeeper, dribble around the keeper and slot the ball through the legs of a defender and into the net. He and his teammates sprinted around the Koskinen Stadium in jubilation, celebrating their first overtime victory of the season.

Up next, Clemson has a full week off from competition before traveling to Syracuse to take on the Orange on Saturday, Oct. 23. Kickoff is slated for 7 p.m. and the match will stream on ACCNX.

Pipe went THROUGH a set of legs to knock home this overtime winner. By the way, we were down a man heading into OT ?? What a game. What a WIN!!#ClemsonUnited???? pic.twitter.com/stGFAOl3zq

“NO CHANCE” for the Blue Devils keeper ??