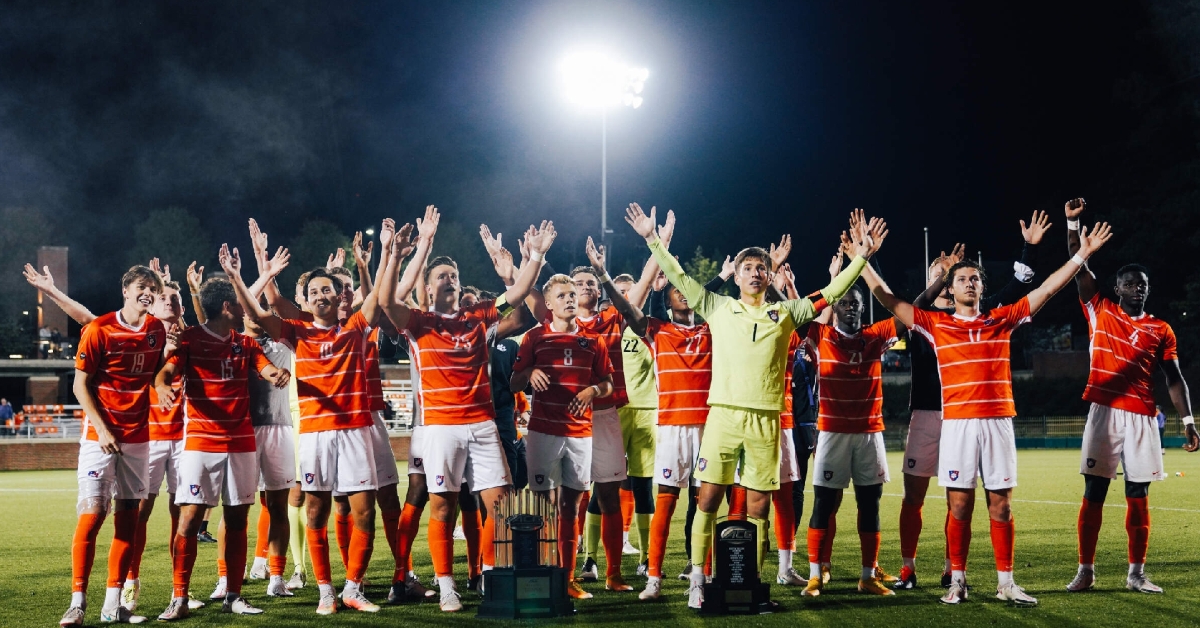 Clemson soccer should be elite again (Photo via David Platt)

CLEMSON, S.C. — Clemson’s men’s soccer team was ranked No. 6 in the United Soccer Coaches Pre-Season Poll, which was released on Wednesday afternoon. The Tigers concluded the 2020 season ranked seventh nationally.

In his 12th season as Clemson’s gaffer, Mike Noonan returns nine of his 11 starters from last spring's ACC Champion side, including captain goalkeeper George Marks as well as three other 2020 All-ACC athletes.

Clemson’s women’s team debuted in the pre-season poll at No. 7, making Clemson one of only two schools to have both teams in the top-10.

The Tigers open their season on Sunday, August 15 at Historic Riggs Field against Wofford at 7:00 p.m. in a pre-season matchup. The regular season will begin at home against St. John’s on Thursday, August 26, also slated for a 7:00 p.m. kick-off.