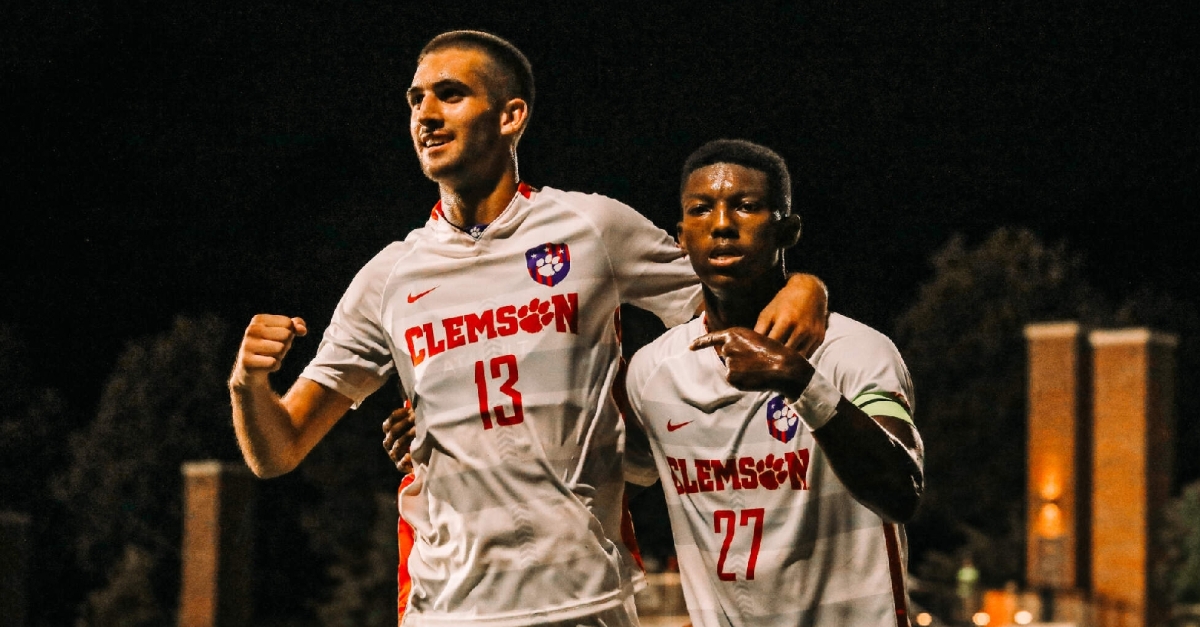 The No. 1-ranked Tigers improved to 2-0 on the season with a 2-0 win. (Clemson athletics photo)

CLEMSON, S.C. – The top-ranked Clemson men’s soccer team advanced to 2-0-0 on Monday night in a 2-0 victory over USC Upstate (0-2-0). Tim Ströbeck and Isaiah Reid tallied their first goals of the season, while freshman goalkeeper Joseph Andema earned a clean sheet in his first career start in front of a crowd of over 3,000 at Historic Riggs Field.

Clemson opened the scoring when Ousmane Sylla beat his defender along the goal line, cut inside and found a wide open Ströbeck. The Swedish sophomore calmly took a touch and struck a perfect shot into the top left corner to put the Tigers up in the 15th minute.

The first half concluded without many chances to note, but the Tigers added the pressure in the second frame. Sylla continued to dominate on the ball, creating opportunities on several occasions that nearly resulted in goals. However, it wasn’t until the 70th minute that Joey Skinner broke free inside the box and found Isaiah Reid for a tap-in goal that put the game firmly out of reach.

The remainder of the game flew by with Clemson controlling possession and cruising to their first shutout victory of the season.

Up next, the Tigers hit the road for the first time on Friday, Sept. 2 to take on their rival South Carolina. The match will begin at 7 p.m. and stream on ESPN+.