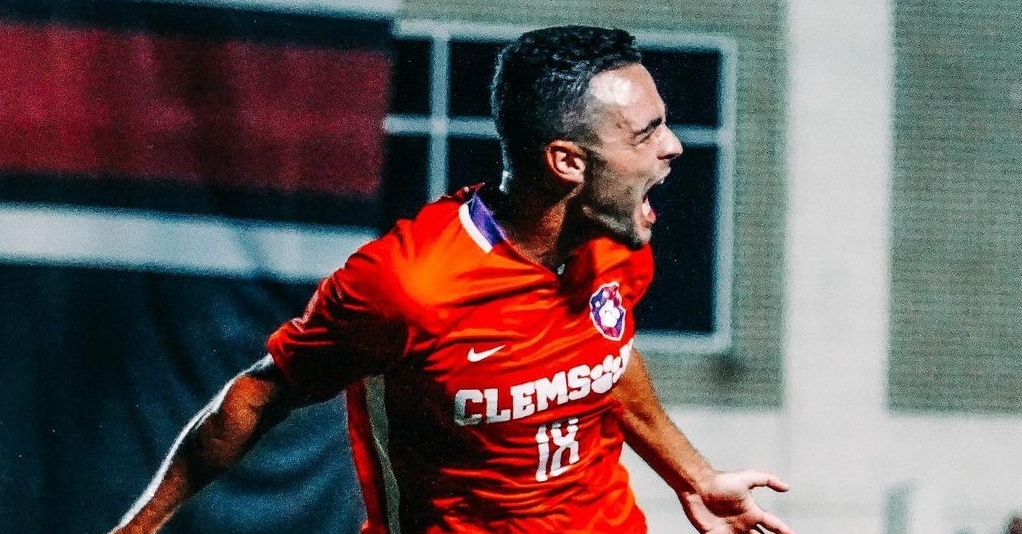 The No. 1 Clemson Tigers stayed unbeaten and extended their rivalry run on Friday in Columbia with a 1-0 win.

The Gamecocks finished the first 45 minutes by doubling up Clemson in shots, 4-2, including one that banged off the post.

They held a similar advantage in the second half, but the Tigers made the most of their best opportunity to go on top.

Out of a corner kick, Clemson co-captain Alvaro Gomez sent in the game-winner that deflected into the net in the 61st minute.

The Tigers played without their head coach Mike Noonan on the sidelines due to COVID protocol, the ESPN+ broadcast said.

“We are very proud of the team to come away with another win in the rivalry,” Noonan said via news release. “South Carolina is much improved but we know that our performance must continue to improve to accomplish the goals we have set for ourselves. I am thankful that I have such an amazing coaching staff who prepared and coached the team so well tonight.”

Clemson has defeated South Carolina nine times in a row and held the Gamecocks without a goal since 2019.

Clemson returns home to face UNC-Asheville at 6 p.m. on Monday.

For the 9th straight time... THIS IS OUR STATE. #ClemsonUnited pic.twitter.com/lfYCuT41HV