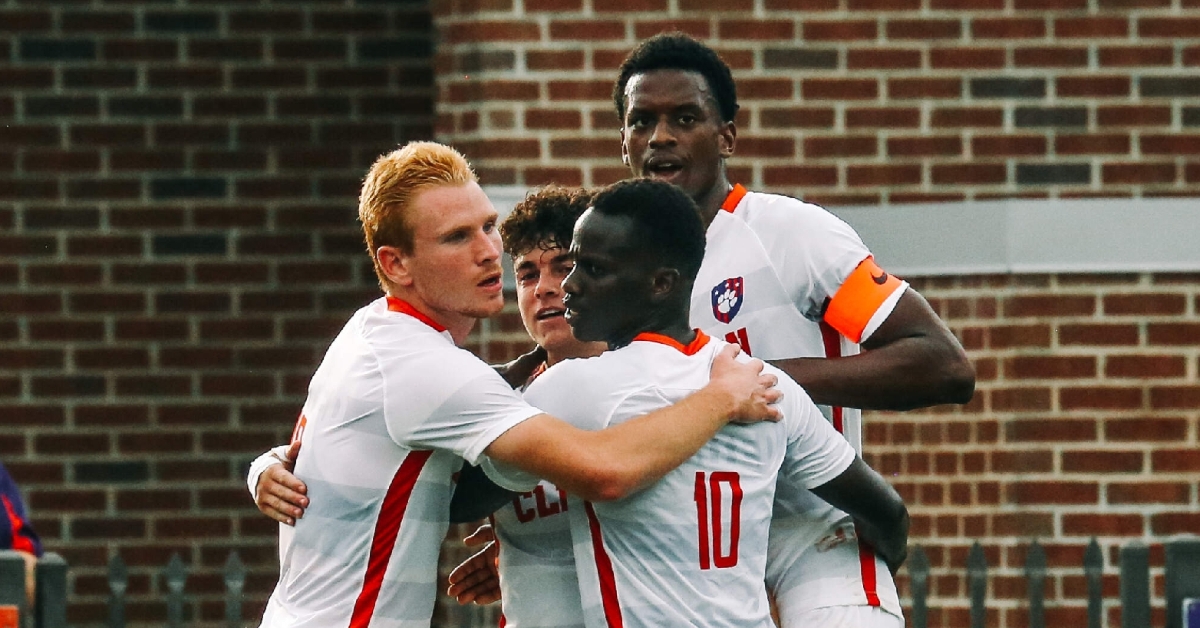 Clemson is 4-0 to start the season (Photo courtesy: Clemson Athletics)

CLEMSON, S.C. -- Clemson United has earned the top spot in each of the three major college soccer rankings this week. For the third consecutive week, the 4-0 Tigers were the top-ranked team by United Soccer Coaches, Top Drawer Soccer and College Soccer News.

Clemson has started its 2022 season on an excellent track, defeating then No. 13 Indiana 3-2 in its opening match. The Tigers then handled USC Upstate 2-0 before earning their ninth consecutive victory over South Carolina. Most recently, Clemson took care of business at home on Tuesday in a 4-0 victory over UNC Asheville.

Ousmane Sylla has led the way for the Tigers, racking up three goals and four assists spread across the four matches. He and Mohamed Seye have combined to be a force, as Seye has assisted on all three of Sylla's goals and has two goals of his own.

The Tigers begin their ACC slate on Saturday at Boston College. Kickoff is set for 7 p.m. with the match slated to stream on ACCNX.