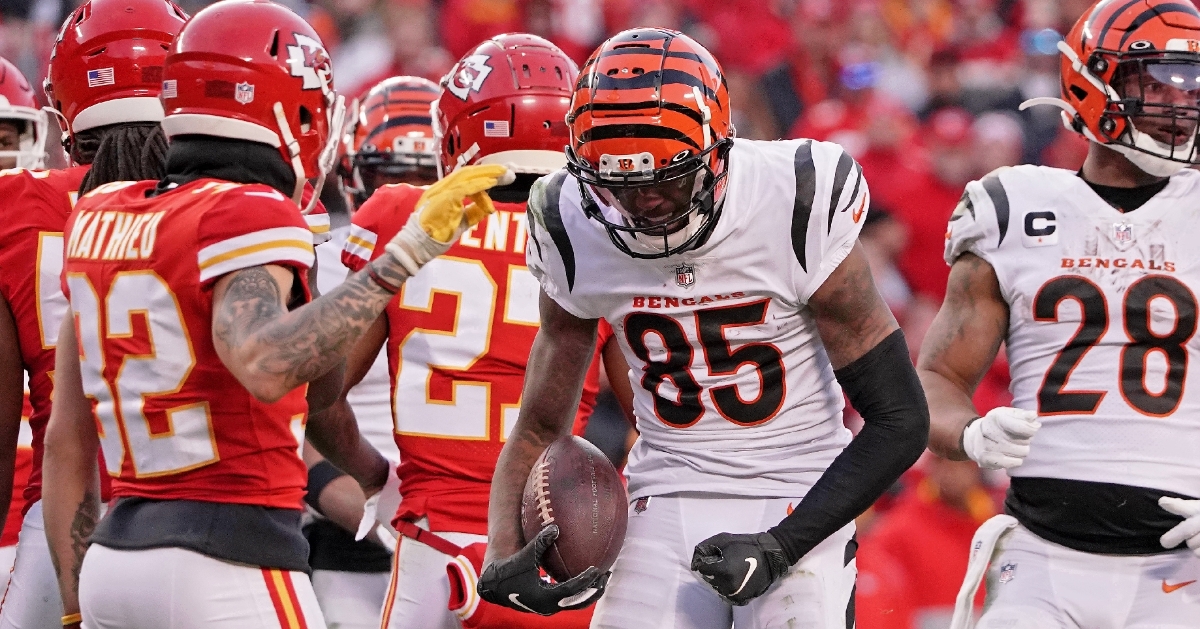 Tee Higgins has proved to be a top-10 player out of the 2020 NFL draft class. (Photo: Denny Medley / USATODAY)

AJ Terrell was originally selected with the No. 16 pick but Pro Football Focus' re-draft pegs him as worthy of a No. 6 selection now, going to the Los Angeles Chargers.

"Terrell’s 2021 season might not have had the interception numbers and flash of that Trevon Diggs‘ had," PFF's Ben Linsey said, "but the way that Terrell limited production in Atlanta’s defense was incredibly impressive. His 12.5 receiving yards allowed per game ranked first among qualifying outside cornerbacks. He’s the No. 1, shutdown cornerback with man coverage skills that the Chargers pursued this offseason in J.C. Jackson."

Joining him among Clemson pros in the top-10 is Tee Higgins in a hypothetical No. 9 selection by the Jacksonville Jaguars. Higgins slipped to the first pick of the second round of the 2020 draft.

"It was somewhat lost in the attention that Ja’Marr Chase’s rookie season (rightfully) generated in Cincinnati, but Higgins had a breakout season of his own for the Bengals. The Clemson product finished the 2021 season with a top-10 PFF grade at wide receiver and converted his targets into first downs at one of the highest rates in the league," said PFF's analysis.

Butkus Award winner Isaiah Simmons was selected No. 8 overall in the 2020 NFL draft by the Arizona Cardinals, but he did not make the re-draft exercise. PFF did list him as one of the top-10 breakout candidates for this season from the class, however. 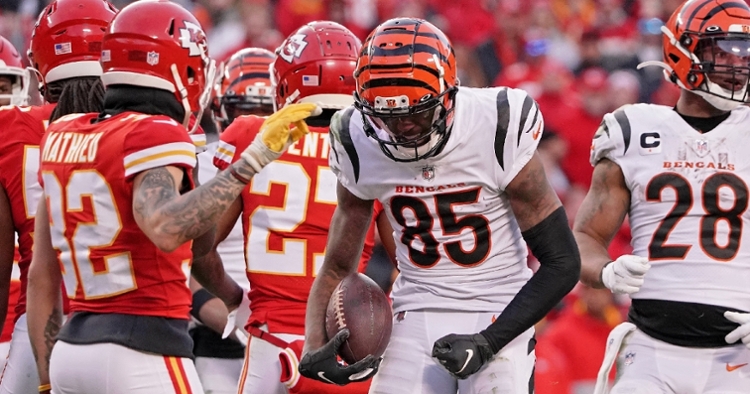 Tee Higgins has proved to be a top-10 player out of the 2020 NFL draft class. (Photo: Denny Medley / USATODAY)"
Get the latest Clemson gear right here!
Comment on this story