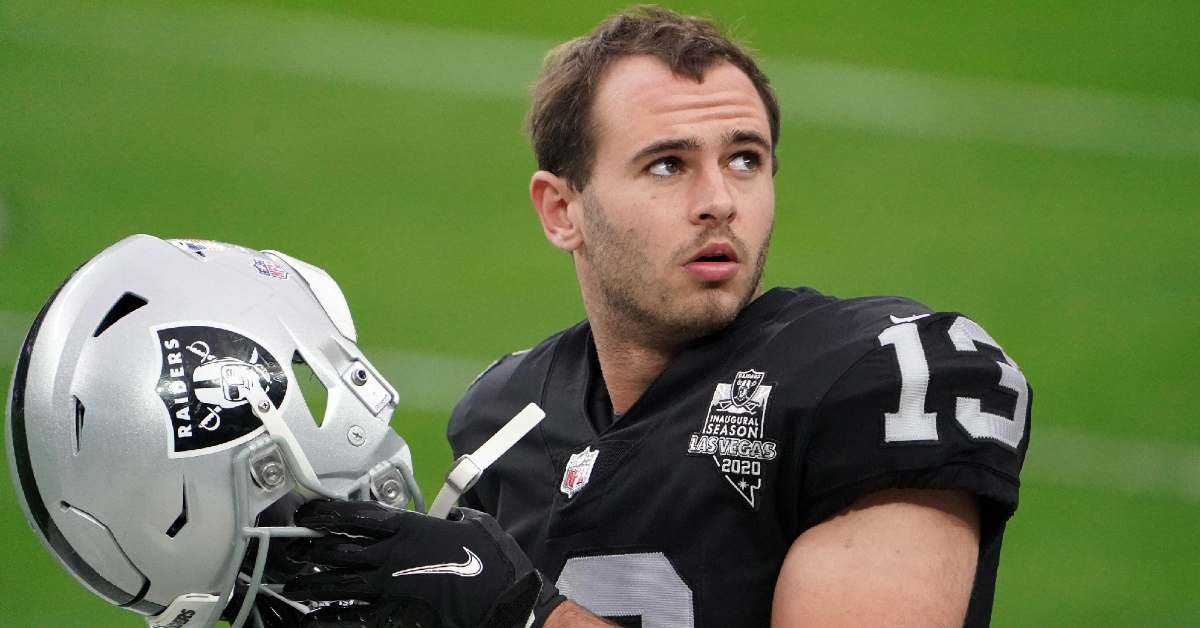 Hunter Renfrow will be a fixture of the future in Las Vegas. (USA TODAY/Kirby Lee)

The Las Vegas Raiders signed former Clemson standout receiver Hunter Renfrow to a multi-year contract extension this week, reportedly worth $32 million extra with over $20 million of that guaranteed.

Renfrow has made an early impact, including a Pro Bowl run last year, to necessitate the renewed deal before his rookie contract came up.

The Raiders are happy to have Renfrow's future in Las Vegas secured:

Coach Josh McDaniels: "We are thrilled to have reached an agreement with Hunter Renfrow and look forward to seeing him in Silver and Black for years to come. Hunter is one of the true leaders on this team and he exemplifies the values of the organization in how he comes to work every day. He is a tremendous teammate on and off the field and the entire Raider Nation is excited to see what the future holds for Hunter."

Raiders QB Derek Carr: "He earned it and worked for it. He works extremely hard and happy for his family, his wife and his daughter. That’s life-changing things. He probably didn’t think of when he was a kid and now probably blown away. I’m so happy for him. He deserves every penny. He’s like a lot of people I know: He’s going to do a lot of good things with that money and help a lot of people. Excited for him, and that’s why Davante, Maxx Crosby and myself, that’s why we did our contracts in certain ways so that we can get everybody to stay." 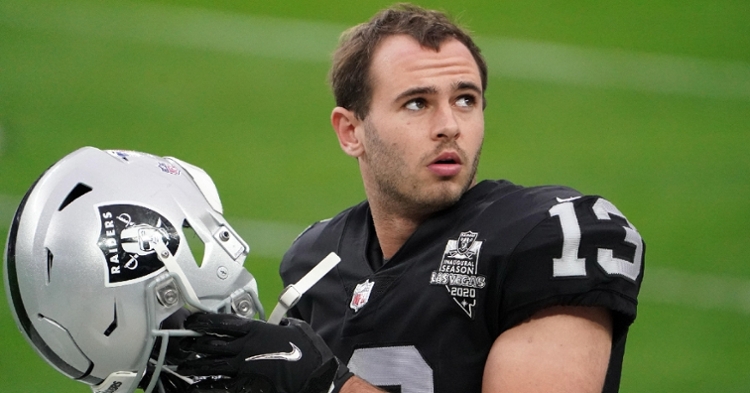 Hunter Renfrow will be a fixture of the future in Las Vegas. (USA TODAY/Kirby Lee)"

"He’s an interesting dude because I’ve been around a lot of people that are like Hunter," Adams told reporters Thursday. "There’s never been a fourth year with the type of football acumen that he has and his awareness and understanding why he does certain things, because there’s people out there with a lot of talent, but they can’t sit there and break it down and tell you why they’re doing what they did with their footwork or the next rep, why they tweaked it a little bit because of the look that they had.

"Sometimes I’ll be sitting there just talking to him like in the middle of an offensive meeting and we’ll be talking about releases, and he’ll tell me what he thought. And I’m like, this is fun. This is fun being able to be with somebody who’s a lot like me mentally, the way that I approach the game, the way I attack it. I’ve been learning from him. He’s learning from me."