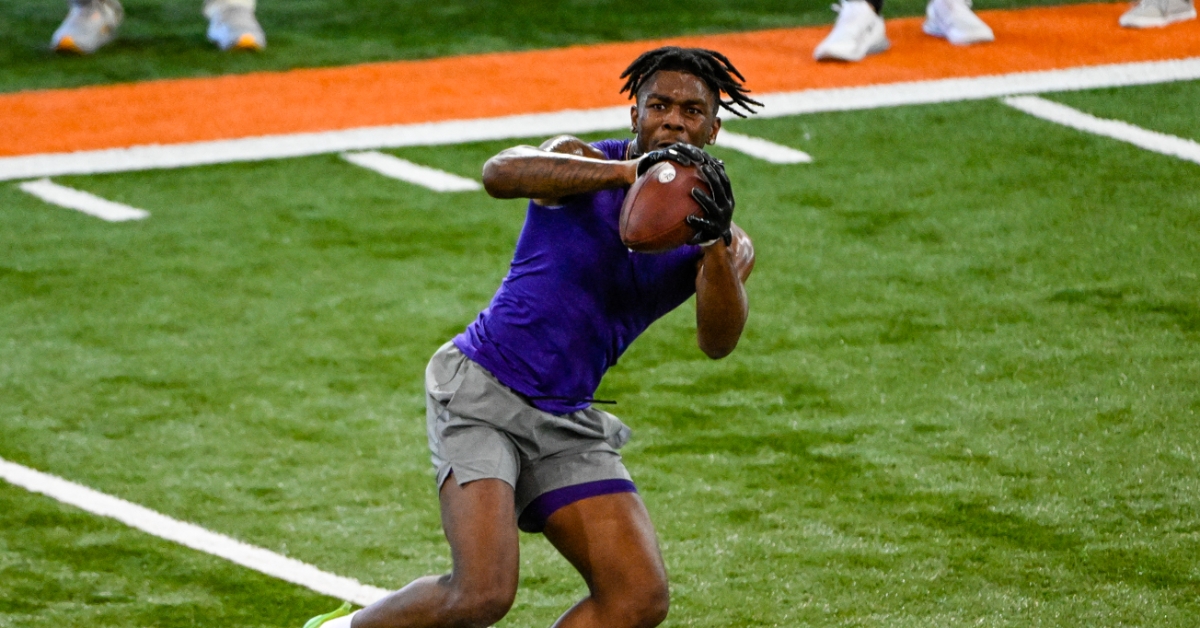 Justyn Ross says he just wants to show his full ability this summer to make the Chiefs roster.

The social media clip was five seconds in all. Justyn Ross, in his new Kansas Chiefs gear, stops on a dime, hauls in a catch and turns upfield.

For Ross, it was a momentary glimpse of him realizing a dream after a serious injury nearly sidelined a promising career at Clemson.

"It felt good because with what I had going on you never knew if I was going to be able to be out there at all period," Ross told reporters on Sunday after a rookie minicamp session. "So yeah, it felt real good."

Ross said that he knew there was a possibility of him going undrafted recently, but he feels like he landed in a good spot.

"Just having Pat Mahomes, great quarterback, Andy Reid, great coach," Ross said. "The receiver room, it feels like a family here. I’ve only been here for like a day, but they treat me like family."

It's also a competitive receiver group, where KC general manager Brett Veach estimated only five or six spots on the active roster to be had. Veach, who said he was assured by medical advisors that Ross was good to go after the neck and foot injuries of recent seasons, said that he anticipates Ross being in the mix for one of them.

"There’s a lot of guys that are really in the same boat, in that, when you come in here it’s a combination of talent, being smart, staying on top of the training and that means when you’re away from the facility too," Veach said. "Like a lot of these young guys, if he does those things, given the talent he has, he should come in here and potentially contribute.

"I think that’s the beauty of a 90-man roster, where guys get to come in and we always felt like we’ll keep the best players and doesn’t matter where you’re drafted or where you were selected. If that individual is going to come in here and earn a spot in the team – you know we’ll be good with that but I just think it’ll be a very interesting competition for only five or six spots and I think we have a lot of talent there."

On Sunday, Ross said and said again that he was ready to show he can return to the levels of his dynamic freshman Clemson campaign, where he tallied a team-best 1,000 receiving yards in a national title season.

"Of course I’m ready to prove everybody wrong,” Ross said, "but I mean, I’m just trying to feel my spot and play my part on the team, just see what I can do over the summer...

“I'm just trying to fill my role and trying to get all the way the way I was...Just try to get my foot in the door and try to make plays."

Ross saw former Tiger Sammy Watkins impress and win a Super Bowl ring in the Chiefs offense not too long ago, and that was a factor in signing there.

"I’ve seen players like me — kind of like Sammy — just come in here and excel in this offense,” Ross said. “So I feel pretty good about it."