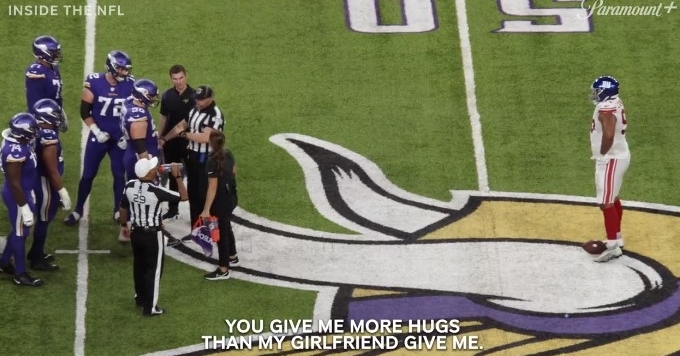 Dexter Lawrence was having some fun Sunday in Minnesota in the middle of a big performance in a big Giants win.

Dexter Lawrence has put together a dominant season and that showed in the New York Giants' upset win at Minnesota on Sunday.

Lawrence totaled six tackles (one for loss) and three QB pressures to disrupt the Vikings and advance on to the divisional round against Philadelphia Saturday.

Inside the NFL takes you down on the field and just what life is like trying to block the All-Pro defender:

Dexter isn't the only Lawrence Philly may have to deal with this weekend, as he joked that his mom couldn't come because she might get into it with the fans:

Dexter Lawrence told his mom that she can't attend the game in Philadelphia because she'd "go back at [Eagles fans]" 😂 pic.twitter.com/0uERtUc5n5