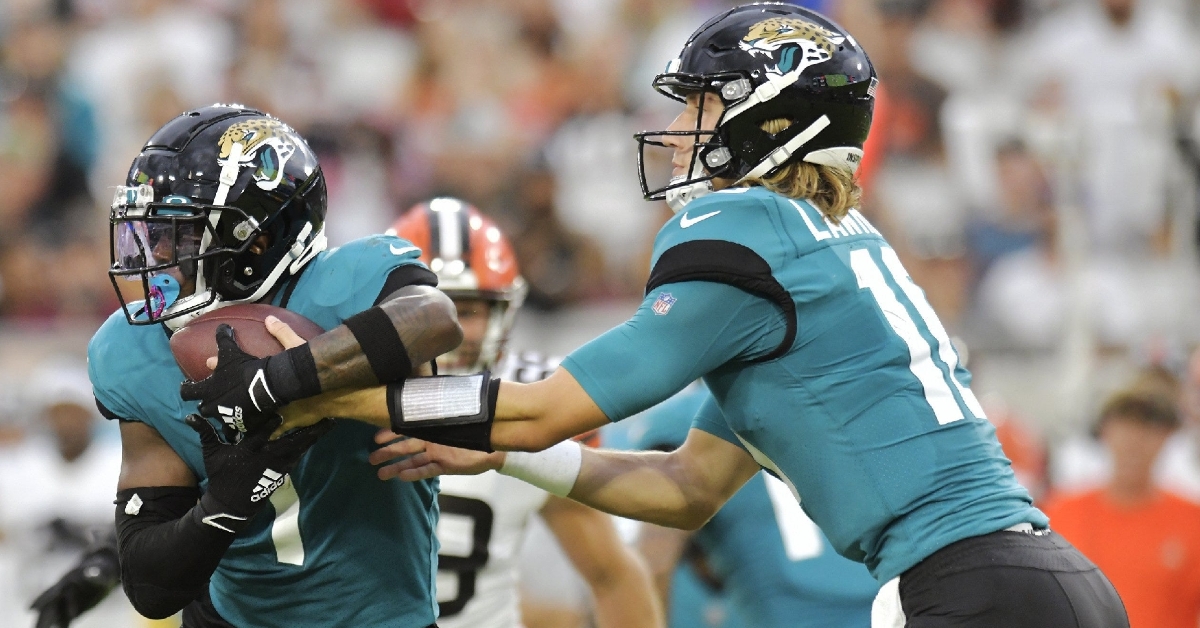 Both Trevor Lawrence and Travis Etienne made the list. (Photo: Bob Self / USATODAY)

Five Clemson pros made ESPN's top-100 most valuable players in the NFL ranking from this season ($).

That's led by Jacksonville's Trevor Lawrence, who is toward the top at No. 8 overall.

"Lawrence's numbers don't jump off the page, but I'm partial to the notion that Lawrence carried an offense without a ton of help," ESPN's Seth Walder writes. "The Jaguars ranked 31st in pass block win rate, for example. Kevin Cole illustrates the point quite well with his adjusted quarterback efficiency, which also notes that Lawrence played with a group of receivers that were subpar at getting open, per our Receiver Tracking Metrics, and had a high rate of drops."

He's joined by teammate and former Clemson teammate Travis Etienne on the list at No. 90 overall, who rushed for 1,125 yards with five scores in 17 games.

Next among Clemson's pros on the list is the New York Giants' defensive tackle Dexter Lawrence at No. 31.

"What makes Lawrence's production -- 7.5 sacks and a 17% pass rush win rate at defensive tackle (fourth-best) -- so impressive is that he did it while mostly playing nose tackle. In fact, 288 of Lawrence's 444 pass rushes this season came as a 0- or 1-technique, per NFL Next Gen Stats. As a result, he had the ninth-highest double-team rate at defensive tackle but still made an impact in the pass rush," said Walder.

Also in the top-50 is Cincinnati's Tee Higgins at No. 42, who tallied 74 catches for 1,029 yards and seven scores this regular season.

Miami's Christian Wilkins rounds out the group at No. 81.

"Wilkins has become a run-stuffing force for Miami," said Walder. "He led all defensive tackles in run stop win rate this season with a 46% run stop win rate, and there was the same distance between him and second place (the Jets' Nathan Shepherd at 42.6%) as Shepherd and eighth place. I'm not one to place too much emphasis on tackle numbers, but it's hard to not notice that Wilkins also recorded 98 tackles, 11 more than any other defensive lineman."

Kansas City's Patrick Mahomes led the list, who hosts Lawrence and Etienne Saturday for a 4:30 p.m. kickoff on Saturday (NBC).