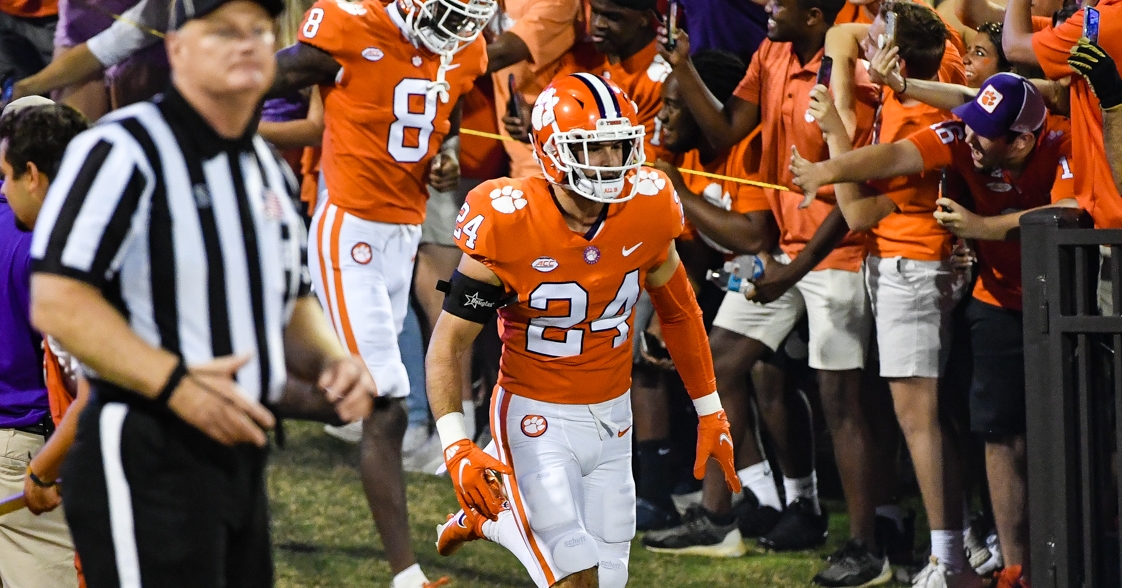 Nolan Turner will await clearing waivers and potentially signing to a practice squad.

Former Clemson safety Nolan Turner was among the cuts for the Tampa Bay Buccaneers on Tuesday.

NFL teams have to reduce their rosters to 53 players by 4 p.m. on Tuesday.

Turner, an undrafted free agent signing, had turned some heads in camp and got a long look as a starter in Tampa Bay's most recent preseason game.

“Camp has been a blast,” Turner told ABC Action News in Tampa earlier this month. “I’ve really enjoyed coming out here and learning from these guys that have been on the team, this safety group. We have a lot of veteran wisdom on this back end. It’s been fun watching these guys compete, learning from them.”

Now Turner will go through waivers and have a chance to sign as a practice squad player potentially. The Athletic reported that Turner is a likely "priority" signing for the Bucs practice squad.

Turner earned All-American honors at Clemson in 2020 with 66 tackles, a team-best three interceptions and three pass breakups over 12 games (11 starts).

He was randomly assigned No. 34 during rookie minicamp -- the same number his dad, Kevin, wore in the NFL.

"I think he'd think that was pretty cool."

Bucs' safety Nolan Turner is not letting the "undrafted" label hold him back.

Teammates describe him as a "smart player" who takes the ball away and picks up the schemes quickly.

So it looks like inside linebacker Olakunle Fatukasi is the lone undrafted rookie to make the Bucs' initial 53. Others, like safety Nolan Turner and the receivers, will be priorities for practice squad if they're not claimed.