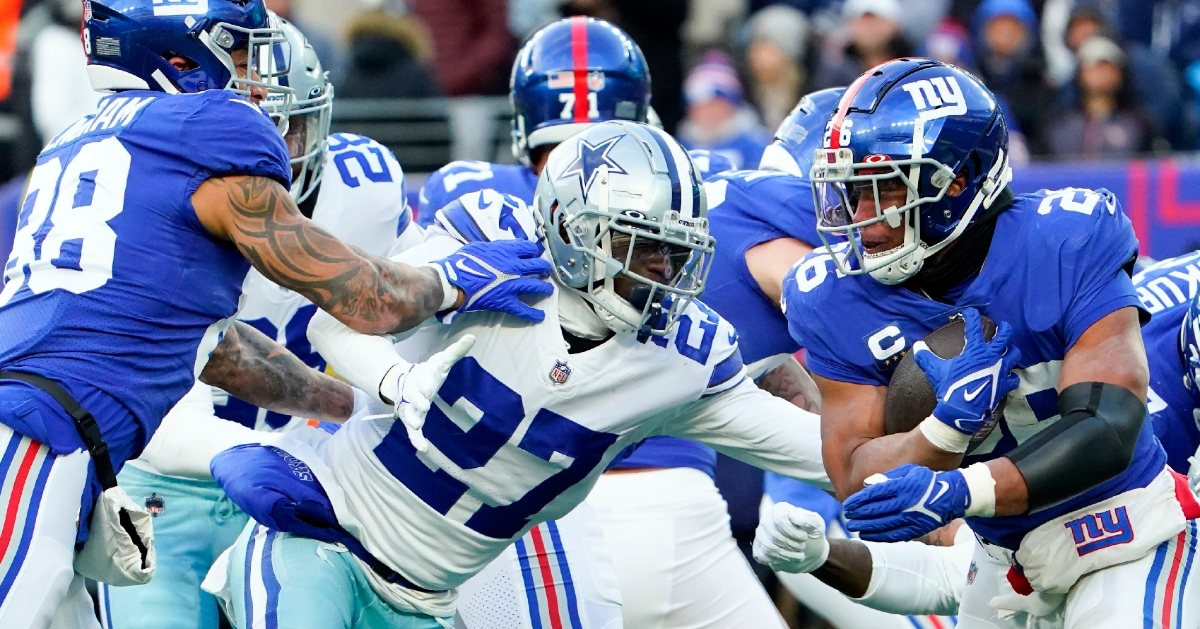 Jayron Kearse has emerged as a leading defender for the Cowboys and he will miss at least two weeks according to reports. (Photo: Danielle Parhizkaran / USATODAY)

The Dallas Cowboys defender sprained his MCL (knee) in the 19-3 loss to the Tampa Bay Buccaneers. The reported prognosis is his being out two to four weeks.

He tallied seven tackles, including three solo stops in the effort.

The Cowboys brought Kearse back after a breakout 2021 campaign where he posted over 100 tackles in 16 games with a sack, 10 passes defended and two interceptions.

He was picked in the seventh round of the 2016 NFL draft by the Minnesota Vikings.

Told Jayron Kearse has a sprained MCL in his left knee. Generally speaking that is a 2-4 week injury. Stephen Jones said on 105.3 The Fan in Dallas that Connor McGovern could miss a couple weeks with high ankle sprain.

Source: #Cowboys safety Jayron Kearse expected to miss a few weeks with an MCL sprain. Good news is that the ligament remains intact.