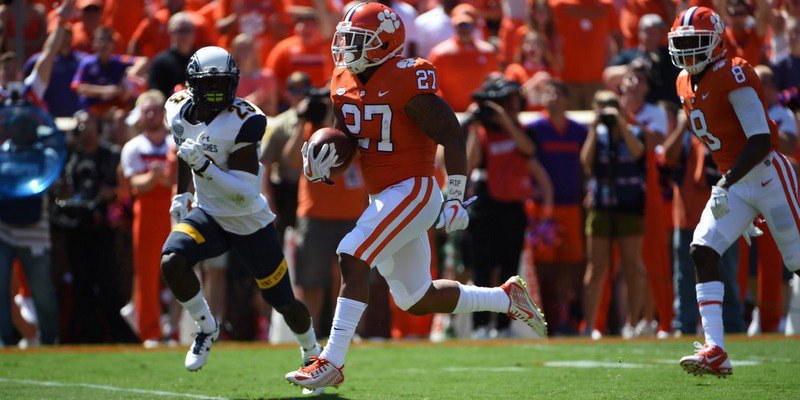 CJ Fuller has passed away

Former Clemson running back CJ Fuller passed away Wednesday afternoon. There are no details and this is a developing story.

Fuller compiled 599 yards and four touchdowns through three seasons. He was dismissed from the team following the 2017 season.

Fuller opened 2017 as the starter at tailback, but was passed on the depth chart by freshman Travis Etienne and junior Tavien Feaster. Fuller, a 5-foot-10, 205-pound runner from Easley, South Carolina, finished the year with 217 yards and three touchdowns. He started two games in 2017.

We will have more details as they become available.