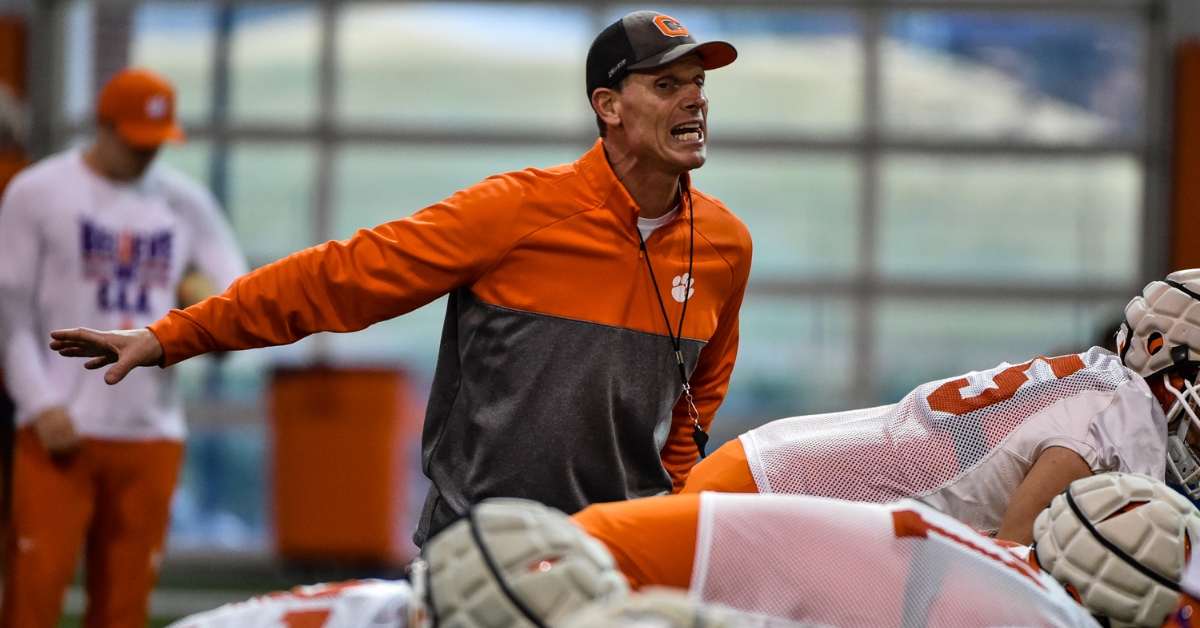 Clemson's coordinators under Dabo Swinney are no stranger to being head coaching candidates.

Chad Morris made his way to SMU and then Arkansas before returning to the assistant ranks with Auburn this year. Jeff Scott was hired at USF last December and begins his career leading a program on Saturday versus The Citadel.

Yahoo sees the next two Power 5 coordinators in line for the big job being Clemson's Tony Elliott, at one, and Brent Venables, at No. 2.

Both are no stranger to reports of interest nationwide.

"It will be interesting to see if Elliott, 40, remains as judicious as he has been about jobs," Yahoo's Pete Thamel writes of one of Clemson's two Broyles Award winners on staff. "A slew of schools have come calling, but some of the higher-end ones haven’t. The Carolina Panthers expressed interest last year, and with little movement expected in college perhaps NFL interest would be his best chance of leaving this year."

Thamel's story centered on Venables possibly being more likely to make the jump now, also noting that both of his sons are now on the Clemson roster. Jake Venables is a redshirt sophomore middle linebacker set to start the first half of Saturday's game at Wake Forest, while Tyler Venables is a true freshman defensive back already on the depth chart.

"If he’s going to be a head coach, the time is approaching," Thamel reported that a source "with knowledge of Venables’ thinking" told him.