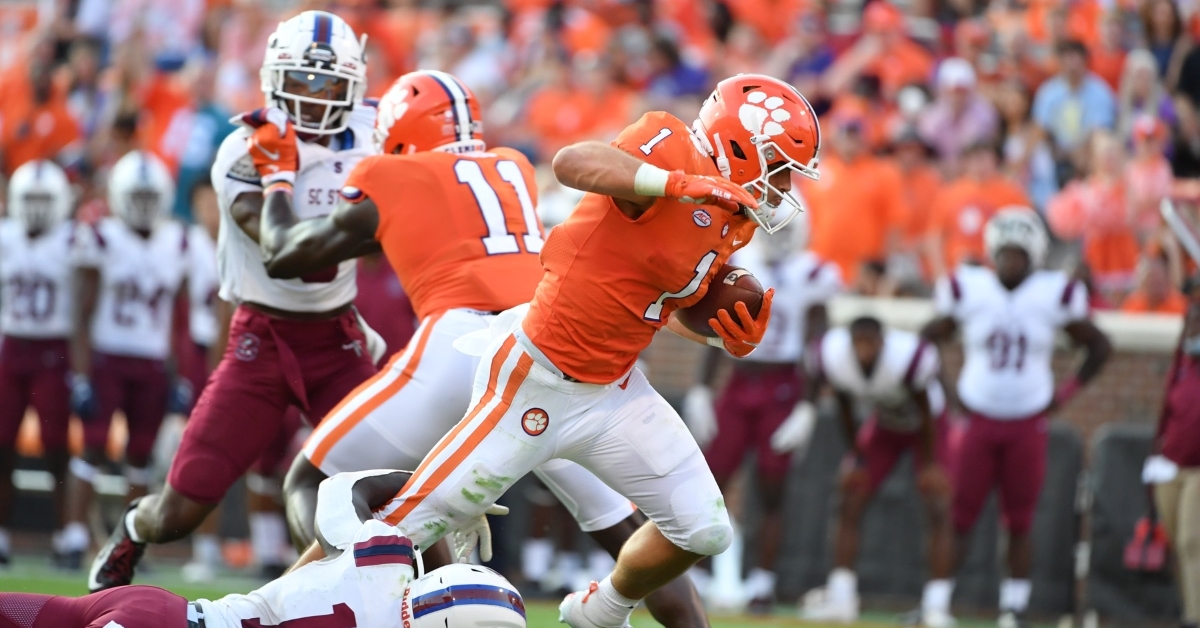 Shipley has been impressive this season

CLEMSON, S.C. — The Atlantic Coast Conference announced today that running back Will Shipley has earned ACC Rookie of the Week honors for his performance in Clemson’s 49-3 win against South Carolina State on Saturday.

Shipley led Clemson with 80 yards on eight carries with two rushing touchdowns on Saturday, becoming the first Clemson true freshman to rush for two touchdowns in a game since Lyn-J Dixon in 2018. He also became the fifth true freshman under Dabo Swinney to average 10.0 yards per carry in a game on at least five carries, joining Dixon (twice in 2018), Travis Etienne (four times in 2017), Kelly Bryant (once in 2015) and Sammy Watkins (once in 2011).