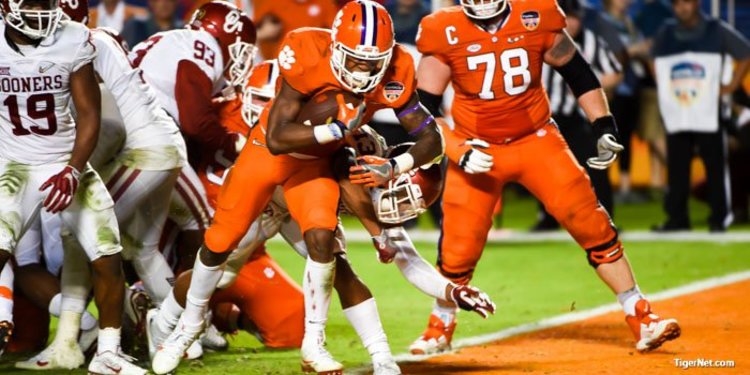 Gallman has been a complete back all season

Clemson red-shirt sophomore running back Wayne Gallman will return for his junior season at Clemson instead of opting to the NFL according to his Twitter account on Wednesday morning.

Gallman was a workhorse for the Tigers all season and one of the main reasons for their impressive 14-1 record and final No. 2 AP Poll ranking.

He had 283 attempts for 1527 yards and 13 touchdowns on the season. He also showed his all-around offensive talents with 21 receptions for 213 yards and a score.

The offensive backfield tandem of Watson and Gallman should be one of the more lethal combinations in college football next season.

One more year won't be so bad.. #ALLIN pic.twitter.com/WSHDzU7Kkk