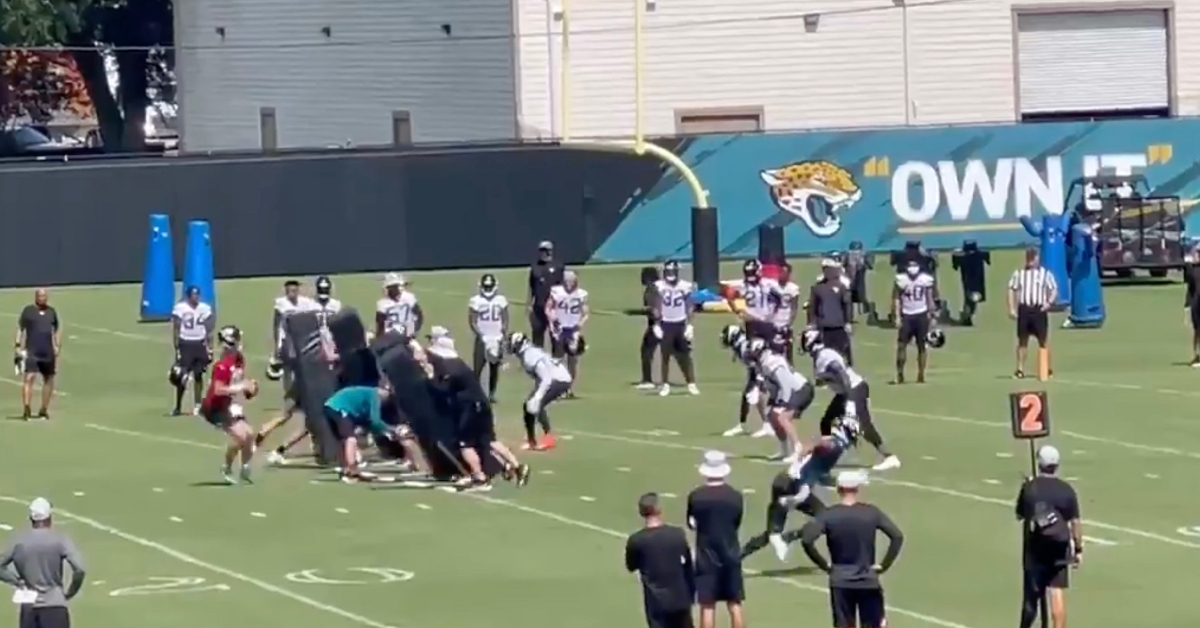 Lawrence throwing touchdown passes like he did at Clemson

Trevor Lawrence to Tim Tebow for the touchdown?

This actually could be a glimpse into the upcoming NFL season for the Jacksonville Jaguars.

Lawrence also had another touchdown pass to former Tiger running back Travis Etienne.

Check out the video clips below:

Lawrence to Tebow in the red zone pic.twitter.com/9XyZO6i48W

Lawrence with the check down TD to ETN pic.twitter.com/gn5Iw4HE3s

Lawrence also had a touchdown pass to Josh Hammond in some other red-zone drills, and Etienne scored on a toss sweep run.