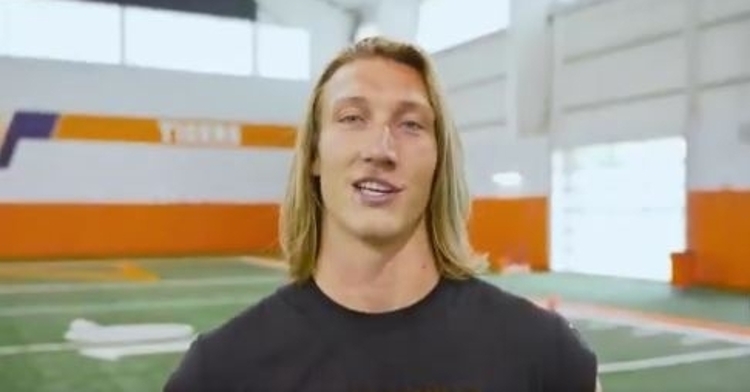 Lawrence was back in Clemson recently throwing to his new teammates

Jaguar rookie quarterback Trevor Lawrence was back in Tiger Town recently to work out with some of his new Jaguar teammates.

Clemson put NFL hash marks on their practice field so that Lawrence and a few of his receiver teammates would be comfortable practicing their offense.

"Wassup, guys. It's great to be back in Clemson," Lawrence said in the following video. "Big shoutout to coach McCorvey and the whole grounds crew that painted the NFL hashes, numbers and adjusted it all for us. Me and my guys getting some work in during the offseason. I really appreciate it."

Lawrence knows that Clemson is like a second home for him.

"That's what Clemson is about. Big family, and it's really good to be back."

We commonly hear “it’s the little things that make Clemson so special.”