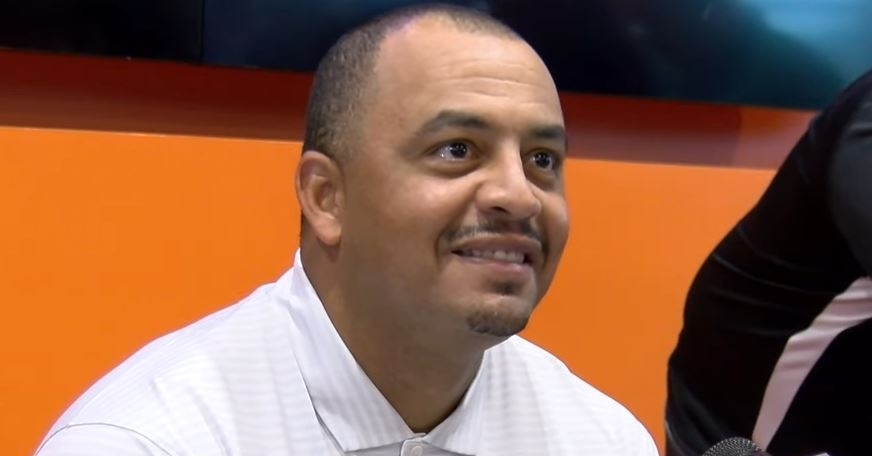 Tony Elliott was all smiles on Tuesday morning

Clemson offensive coordinator Tony Elliott spoke to the media on Tuesday morning on various subjects including his offensive depth and the health of star receiver Justyn Ross.

Elliott is “optimistic” on Justyn Ross’ comeback and clearance but defers Dabo Swinney on more details.

-- Davis Davis is one of his favorite players on the team. Works hard and always early to meetings.

-- TE Jake Briningstool sky is the limit for him. Hit a home run with him.

-- TE Jaelyn Lay needs to fall in love with blocking so he can do the things he loves.

-- TE Davis Allen is the standard of what you are looking for at the point of attack.

-- WR Justyn Ross looks great and optimistic about him. Coach Swinney will have more.

-- Regardless of what happens in his football life, Ross is going to be successful.

-- QB/WR Will Taylor will be a QB his first year and transition to receiver down the road.

-- You do have some confidence since DJU has played 2 games, but you still have to stress him and press him in practice.

-- Optimistic on Taisun Phommachanh. Working hard. I feel like could get him back at some point this season.