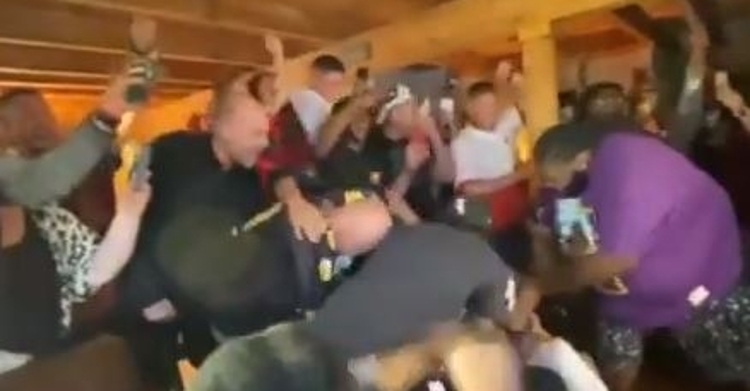 Carman and his crew were happy after the pick

Clemson offensive lineman Jackson Carman was selected by the Cincinnati Bengals with the 46th overall pick in the 2021 NFL Draft on Friday night.

Carman is an Ohio native, and the Bengals are his hometown team.

The selection made Carman the highest-drafted Clemson offensive lineman since 1971. Carman started each of his last 27 games with Clemson as the Tigers reached the Playoff each year and won the National Championship in 2018.

He was named a second-team All-American in 2020 and earned All-ACC honors each of the last two years.

Check out a video of Carman with his friends and family finding out that he got drafted by the Bengals.

Spoiler: They were pretty excited.