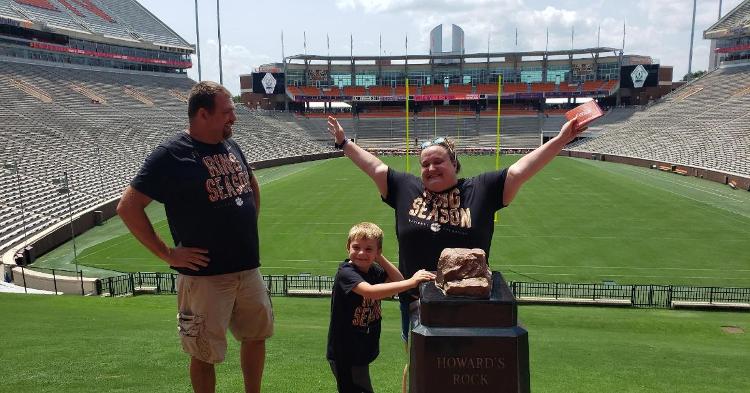 Ring Season? At Howard's Rock it was Sunday afternoon

CLEMSON - Clemson fan Travis Young knew he wanted to ask his girlfriend, Anna Abbott, to marry him and the longer he thought about it there was just one place that made sense, Clemson's Death Valley.

Young, of Six Mile, brought Abbott and his son Landon to Fan Day Sunday with a plan and engagement ring. With a little help from TigerNet, Young took Abbott to Howard's Rock and when Abbott stopped to pose for a picture, he got down on one knee and popped the big question.

"I was just trying to think of all the places she loves, and I think this place right here is the one she loves the most," Young told TigerNet.

Abbott was over the moon happy.

"I get to spend forever with my favorite guys! I was surprised," she said. "I am still shaking."

Young even had Abbott and his son wear Clemson's "Ring Season" shirts as an added bonus and a nod to the day.