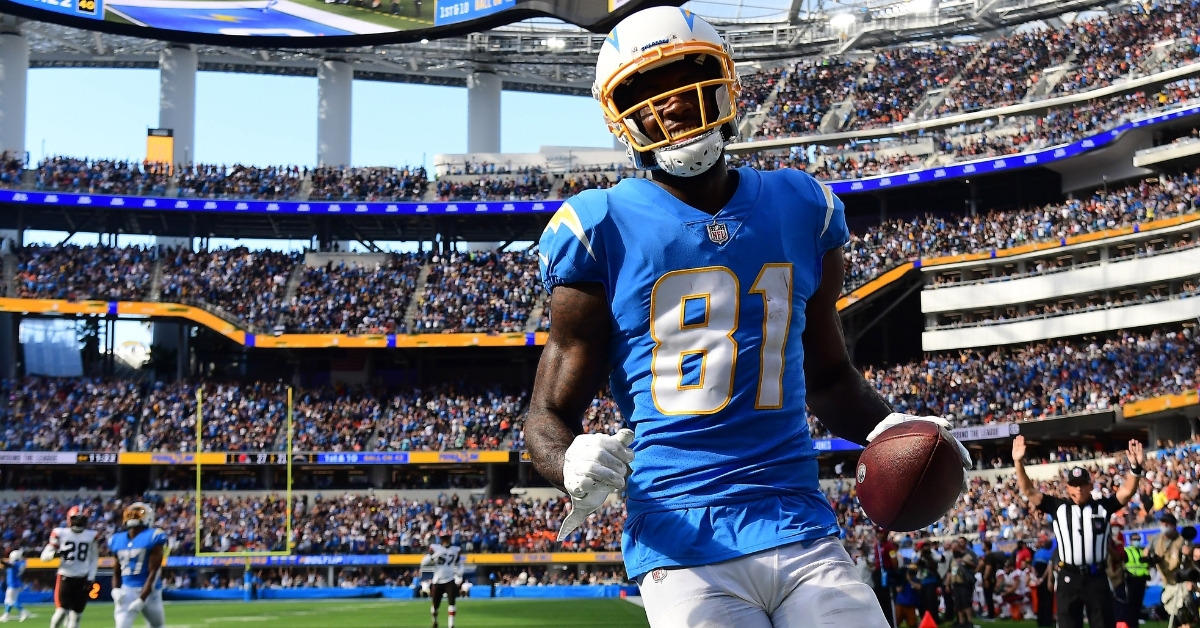 Former Clemson receiver Mike Williams had a huge game in the Chargers 47-42 win over the Cleveland Browns on Sunday afternoon.

Williams had eight catches (ties career-high) for a career-high 165 yards and two long touchdowns during the game. The touchdowns were from 72 and 42 yards.

He now leads the NFL with six receiving touchdowns.

Williams gave his head coach the credit for his team's never-die attitude during a post-game interview.

"It's just the fight we have," he said. "It starts with Coach Staley. He believes in us. I don't know how many times we went for it on 4th down, but we converted them."

The Chargers have now won three games in a row.

Check out the impressive touchdowns below:

The bromance between Justin Herbert and Mike Williams is alive and well on this 72 yard TD ????????????pic.twitter.com/jRHiNHUAbq

MIKE WILLIAMS IS ALL ALONE! ???