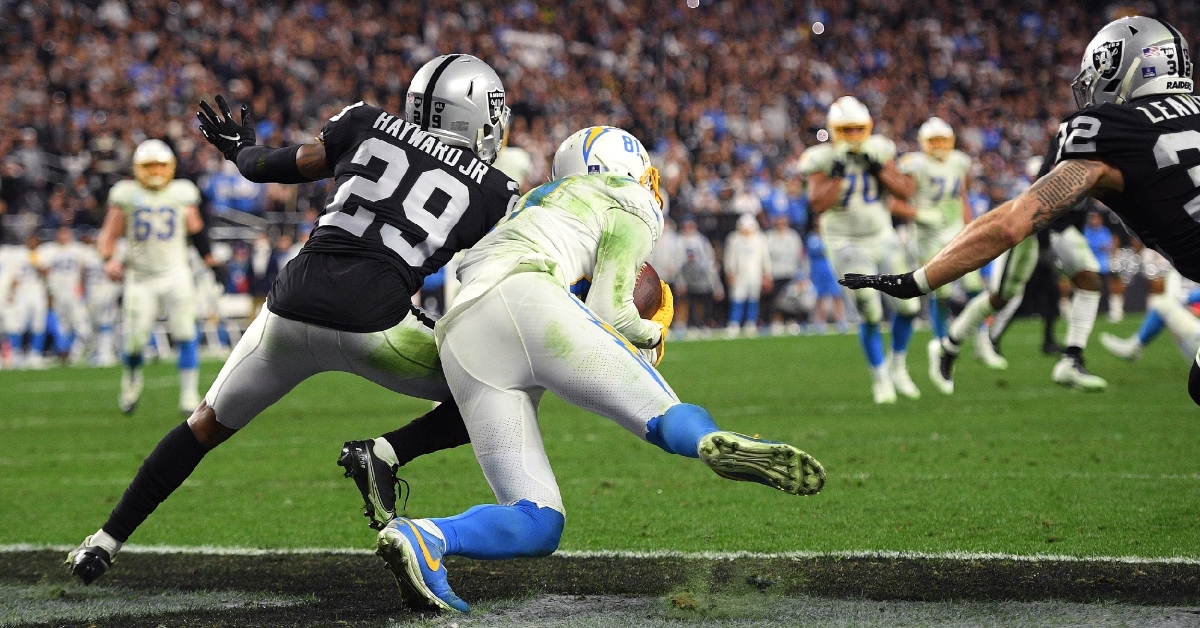 The Raiders outlasted the Chargers 35-32 in an overtime thriller on Sunday night.

Los Angeles Chargers receiver Mike Williams had an impressive touchdown catch with no time left in regulation to keep his team alive.

However, they lost in overtime, and their season is over.

He had nine catches on 17 targets for 119 yards and a touchdown for the game.

Williams finished the season with a career-high 76 receptions for a career-high 1,146 yards (12th in NFL) and nine touchdowns (tied for ninth in NFL).

He is now a free agent and will command a huge contract this offseason.

Check out his last-second touchdown:

This angle of the @Chargers’ game-tying TD is beautiful. #BoltUp