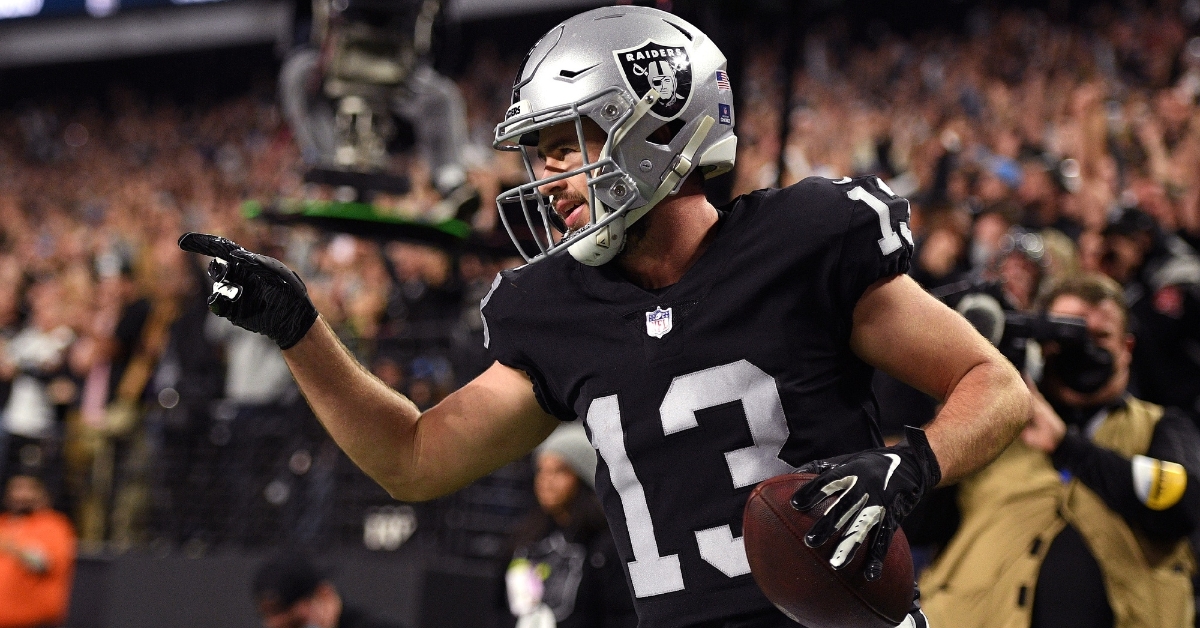 'The Slot Machine' was scoring at will against the Los Angeles Chargers on Sunday.

It was the first time that he has scored multiple touchdowns in a game in the NFL. He had done him three times in college.

He also has a streak of three straight games with a touchdown in his NFL career.

Renfrow finished with an impressive 103 catches for 1.038 yards and nine touchdowns for the regular season. All of those marks were career-highs. He caught 80.5% of his targets this season.

Hunter Renfrow's routes are a thing of beauty. #LACvsLV on NBC
(via @NFL)pic.twitter.com/lthRkiPHOi